The legendary actress will also be seen playing a dancer after very long in Kamal Haasan’s Vishwaroopam 2. 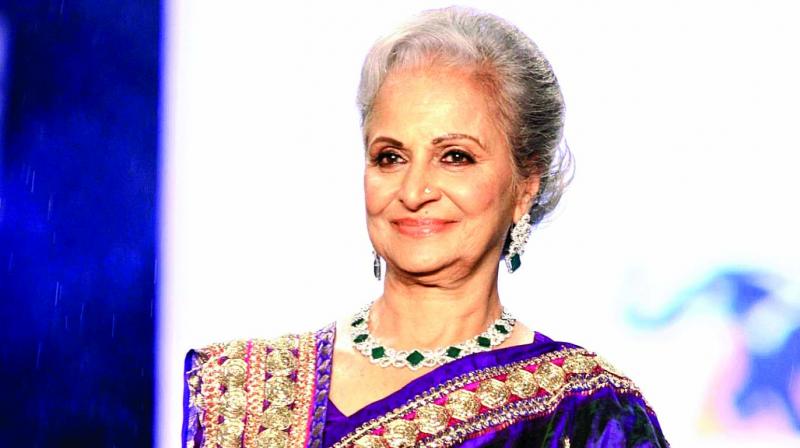 Waheeda Rehman isn’t eager to face the camera, just for the sake of working. “I’ve done enough work with a career that has lasted for a little more than six decades. I can afford to be choosy now, or not work at all if I don’t find anything interesting,” she explains.

At the moment, Waheeda will be seen in filmmaker Anup Singh’s project, Mantra – Song of Scorpions. Talking about the plot, the veteran actress reveals, “It’s about a young woman, a singer based in Rajasthan, who sings and heals people. Due to certain circumstances, when she realises that her life has been poisoned by the man in her life, she has to go on a kind of mystical journey to find a song that will heal her. The Iranian actress, Golshifteh Farahani, has been cast for the protagonist’s role. I appear in a brief but important role.”

Waheeda agreed to the cameo because she liked the director’s earlier film, Qissa. “It’s exciting to work with new directors with new ideas.” The legendary actress will also be seen playing a dancer after very long in Kamal Haasan’s Vishwaroopam 2. “Again, I am doing this only for the excitement of working with Kamal, who is such a fine talent. It’s not a major role. But Kamal insisted I do it.”

Having shot for both the films, Waheeda has not signed any more movies. “I am not doing any films at the moment. But I am open to good roles always. Once an actor, always an actor.”