Naga Chaitanya's first wife comes between us while kissing him: Samantha Akkineni

In the Lakshmi Manchu's show, 'Feet Up with The Stars', Samantha revealed some interesting bedroom secrets. 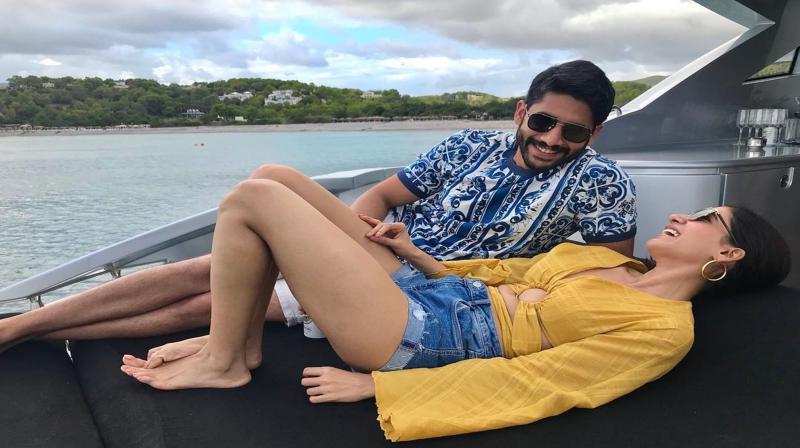 Mumbai: Tollywood's famous real-life couple Samantha Akkineni and Naga Chaitanya have always been setting relationship goals for others. The duo has never got shy to speak about each other as Samantha recently shared their bedroom secrets.

In the Lakshmi Manchu's show, 'Feet Up with The Stars', Samantha revealed some interesting bedroom secrets. Lakshmi on the show revealed that Samantha and Naga Chaitanya aka ChaySam were in a live-in relationship before marriage.

"You are making me say everything now, I know you were in a live-in relationship before marriage, now let me put it this way, what are the 3 things different in your bedroom from when you were single to being with a man," said Lakshmi.

A post shared by Samantha Akkineni (@samantharuthprabhuoffl) on Oct 6, 2017 at 7:29am PDT

Meanwhile, Samantha and Chaitanya got married after dating for eight years.