Urvashi Rautela on Boney Kapoor's inappropriate touch: "It was blown out of proportion”

It is said that he supposedly touched her inappropriately. 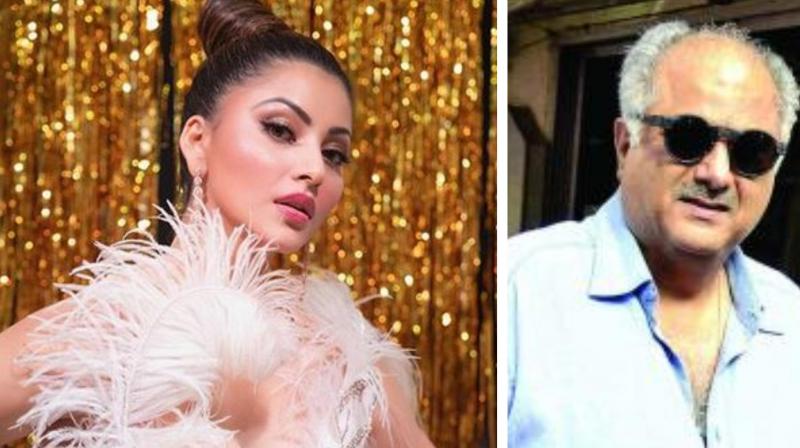 Mumbai: Kaabil actor Urvashi Rautela is a sizzling heroine who recently came out in the open to speak about a viral video with Boney Kapoor. It is said that he supposedly touched her inappropriately.

What happened was a few months back a clip made spark on the Internet, when the duo had gone to attend the wedding reception of producer Jayantilal Gada's son Aksshay Gada.

Netizens after watching the footage online bashed Boney. Urvashi in angst tweeted, “ "Presumably one of India's 'SUPREME' newspaper and this is 'NEWS'!!??Please, don't talk about GIRL POWER or WOMEN’S LIBERATION when YOU don't know how to RESPECT/HONOUR GIRLS."

During a conversation with Bollywood Hungama, when Urvashi was asked about her views, she said, "It was blown out of proportion. It was nothing like that. The video went viral overnight. But there was nothing like that. We were supposed to work on a project. I was supposed to be part of a film, which he is doing with superstar Ajith... which I couldn't do because of my movie dates. So, I knew him already. Because I couldn't do a movie with him doesn't mean I don't have a relationship with him."

She further added, “ "I had just entered the party and he was also there and the person who was getting married was also there. We were just clicking pictures and I don't know... the photography or the angle or the way they captured it... it was so weird."

On the work front, Urvashi will be next seen in the comedy film ‘Pagalpanti’ whose shooting she has completed.