Prompted by the presence of young talent in the family, Boney Kapoor plans a film about siblings. 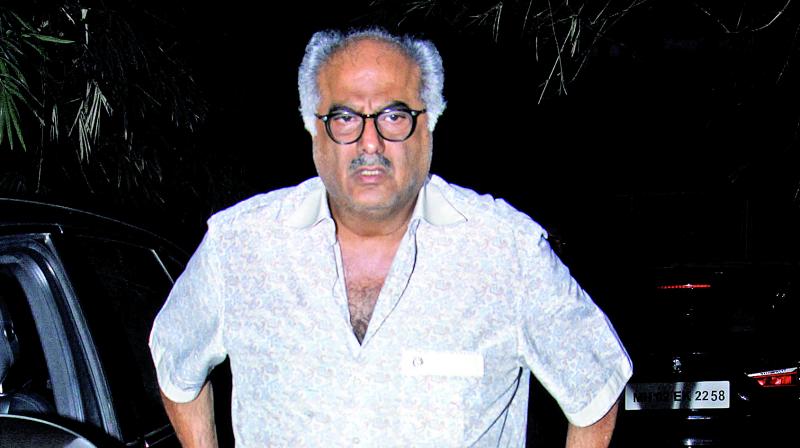 At the ongoing 49th International Film Festival of India (IFFI) in scenic Goa, Janhvi Kapoor and dad Boney Kapoor sat together on the same dais and answered a volley of questions. Here, the senior Kapoor revealed that he was all set to take control of the reins as a director once again.

Though this time round, Boney would like to direct his son Arjun and daughter Janhvi in film together. “Owing to my production job, as well as my personal liabilities, I could not direct films. However, the fire of direction has been ignited within me again. I feel, since I have actors — Arjun and Janhvi — at home, I would love to direct a film based on a brother-sister story. For a long time now, a tale of sibling love has not been shown on celluloid. Therefore, I will be directing a tale based on a brother and sister,” he announced at the festival.

He further elaborated, “I plan to take the entire Kapoor family, including chacha Anil Kapoor and Sanjay Kapoor too, whose second stint has begun well and he is doing well on the professional front.” Janhvi, who was seated beside her father, interrupted saying, “I feel, yeh film kam aur reality show jyada lagega.”