I would love to work in a Malyalam film, says Janhvi Kapoor

Ask Janhvi if she were to be given a chance to work with a yesteryear director who would it be? Pat comes the reply, “Guru Duttji!” 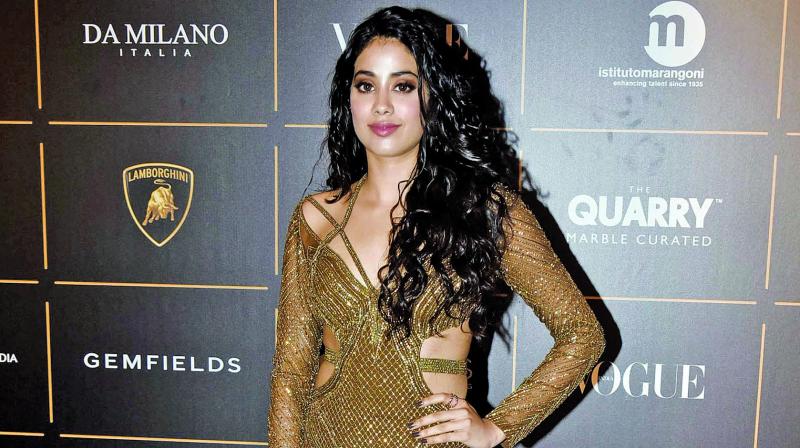 Janhvi Kapoor, who recently made her debut on the silver screen with Dhadak is crazy about watching films from the golden era, wishes she could have worked with Guru Dutt and says she would love to work in a Malyalam film.

Set to begin shooting soon for her next film Takht, Janhvi who was at the IFFI 2018 with her father Boney Kapoor, was completely at ease as she answered a volley of questions.

Revealing that she loved watching the cinema of the yesteryear, the young actress says that she notices a major change in films today in comparison to films and the actors of the golden era.

“I am very fond of watching Golden Era films. I feel the story telling of that era was so very different in comparison to today’s films and actors. I genuinely feel that today cinema has become more commercial. We are trapped more in commercials. The acting and the concept of the films were much more ahead of times then.”

Responding on the female centric tag to movies today, Janhvi says, “In those days films like Mother India, Sita Aur Gita, Chalbaaaz, Bandhini and Sujata were stories mainly on females. The character in these films also projected how a woman needs to live and survive in the society, etc. But such cinema was never tagged as female oriented unlike today’s times. If the intriguing tale represents the life of a female lead….we conveniently tag the film as women oriented.”

All praise for her favorite actors like Rekha, Waheeda Rehman, Nutan and Madhubala, she says, “Yes sab ek dusre se alag thi…(They all were different from each other) and excelled in their performances. Lekin jo Madhubalaji karti thi woh koi nahi kar sakta hai (But what Madhubala could do, no one else can).”

Ask Janhvi if she were to be given a chance to work with a yesteryear director who would it be? Pat comes the reply, “Guru Duttji!”

Lastly, Janhvi is also open to working in Malyalam films. “Yes, why not? I would love to work in a Malyalam film, I should get a good script,” she concludes.