No boarding school plans for Aaradhya

Aaradhya’s impeccable manners are a credit to her mother Aishwarya, who insists on raising her daughter herself. 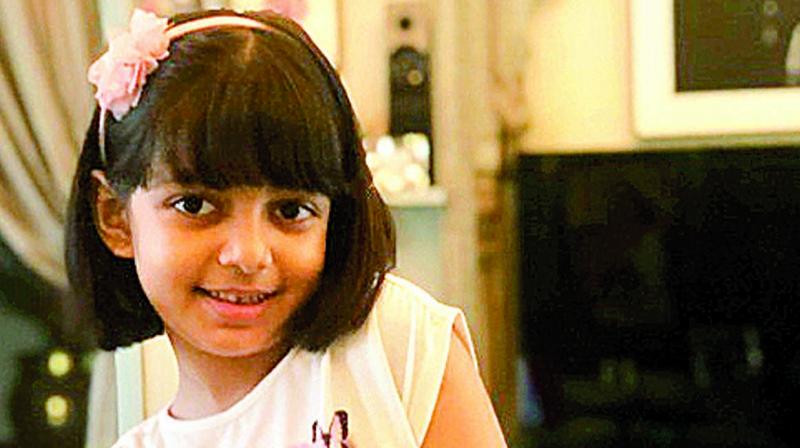 Hands down, the favourite member of the Bachchan household is little Aaradhya, who just turned seven this week. But the youngest Bachchan behaves like someone much older and wiser.

Says a close friend of the family, “Aaradhya has the inquisitive mind of a scientist and the calm sensitive temperament of an artiste. At seven, she has the wisdom, etiquette and decorum of someone much older.”

Says doting father Abhishek, “She is quite a little lady. At the same time, there is a huge quotient of mischief in her.”

The credit for Aaradhya’s sensible balanced upbringing goes to her mother Aishwarya Rai Bachchan, who spends every single minute that she has away from her professional commitments with her daughter. For the actress, dropping Aaradhya to school and then picking her up again is a daily routine.

A friend of Aishwarya says, “Unlike the other star kids, Aaradhya is not being brought up by her nanny. Most actresses grab their children only when the camera is around. Aishwarya’s world revolves around her. Everything comes after Aaradhya and no sacrifice is too big for her angel. While other star kids are being packed off to boarding school, Aaradhya isn’t going anywhere.”

Aishwarya had once shared, “Picking up my daughter from school, being with her every minute that I can…, all this comes very naturally to me. No effort is required. This is how my mother was with us (Aishwarya and her brother). When a working woman decides to have a child, she must be fully prepared to give the child the attention it needs.”