'Dangal' has survived all odds and opened to a phenomenal 29.78 crore rupees approximately. 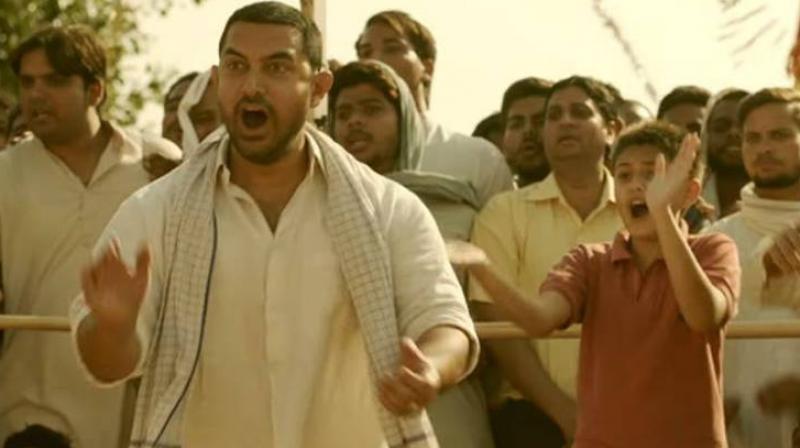 A still from 'Dangal'.

Mumbai: Bollywood is currently going through a bad phase as numerous films that have released recently have failed at the box office. The government's demonetisation decision have been perceived to be one of the reasons for the failure.

There was demonitisation and then, there was de-glamourisation. But Nitesh Tiwari's 'Dangal' has survived all of those, courtesy its phenomenal content and the backing of its superstar protagonist.

Aamir Khan, who's had a full-fledged release after a gap of two years( His last release was Rajkumar Hirani's 'PK,' the highest grosser of all-time, till date), has survived all odds and opened to a phenomenal 29.78 crore rupees approximately, as per trade analyst Taran Adarsh.

The film is also expected to cross the 100-crore mark smoothly in the first three days itself, thanks to the terrific word of mouth and the Christmas weekend.

Ashish Saksena, COO-Cinemas of BookMyShow, said, “We were expecting Dangal to do very well at the box office but this kind of traction is unprecedented. Dangal has not only received great reviews but has indeed worn off any after effects of the recent demonetisation on the Indian film industry. Users are also benefiting in huge numbers from the ongoing offers of the BookMyShow Blockbuster Week, indeed making us the most loved movie ticketing platform. We also expect to contribute significantly to the overall opening weekend collection of Dangal.”

Aamir's good friend and fellow Superstar Salman Khan also felt that the film was much better than his own 'Sultan,' highest grosser of the year.

However, it remains to be seen if Aamir will be successful in eclipsing 'Sultan's collections or better his own 'PK'.

But a great movie has been made and it's been accepted very warmly.