Priyanka and Bhansali to work together again?

A new report claims that she will star in his female-centric project on which he is still working on. 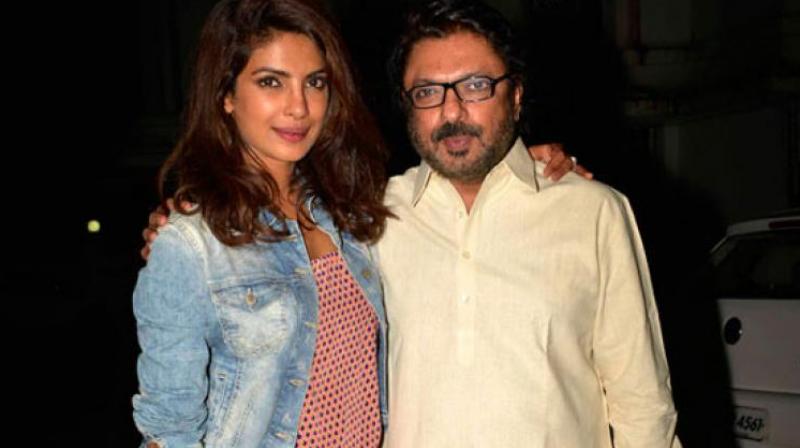 Priyanka had also featured in an item song in Bhansali's 'Ram-Leela'.

Mumbai: Priyanka Chopra had been shooting for her international series 'Quantico' in the USA for the past few months and returned to India for a two-week break recently. She has confirmed that she will finalise her two Bollywood films for next year during this trip.

PeeCee is reportedly gearing up for a second innings with her ‘Bajirao Mastani’ director Sanjay Leela Bhansali (SLB). While some say she will play the lead role of Amrita Pritam in SLB’s Sahir Ludhianvi biopic ‘Gustakhiyan’, a new report claims that the superstar will star in Bhansali’s female-centric project which the ace director is still working on.

A source close to the development told a newspaper, “Priyanka has met and discussed scripts with seven Bollywood directors over the last four months. She is being very selective as her calendar is choc-o-bloc till 2018 since the chance of 'Quantico' getting a third season is high”.

Bhansali is currently busy with his period drama ‘Padmavati’ and has two other projects lined up, one being ‘Gustakhiyan’.

Chopra, on the other hand, is constantly juggling between work commitments and spending quality time with family. The ‘Quantico’ actress has been appointed the Global Goodwill ambassador by The United Nations Children's Fund (UNICEF) and in India, she is the brand ambassador of Assam tourism.

The actress has flown down to Assam’s capital city Guwahati after attending a party hosted by her best friend Srishti Behl Arya at her Juhu residence.