How much more freedom do you need, Kher asks Naseer

Mr Shah (68), while criticising mob violence in the country, had said that he chose not to give religious education to his children. 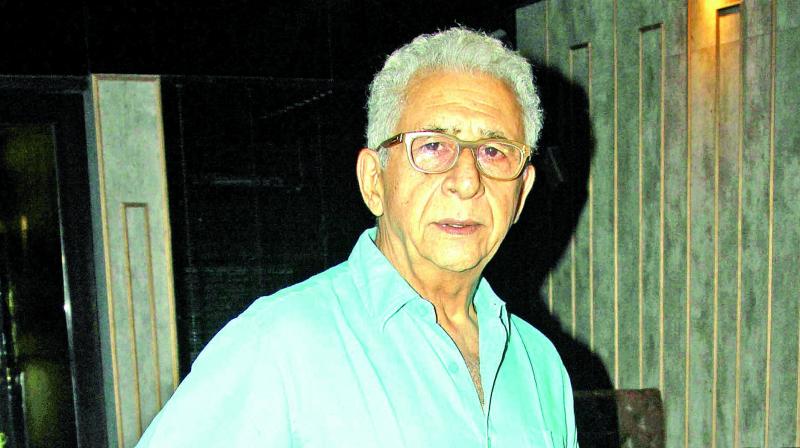 Mumbai: Veteran actor Anupam Kher on Saturday took a dig at his occasional collaborator Naseeruddin Shah over the latter’s comment expressing fear for his children in today’s India.

Reacting to Mr Shah’s statement, which has been drawing the ire of right-wing groups and leaders, Mr Kher asked how much more freedom does Mr Shah expect in a country where “one can abuse the army and pelt stones at soldiers”.

Mr Kher stated, “There’s so much freedom in the country that you can abuse the army, badmouth the air chief and pelt stones at soldiers. How much more freedom do you need in a country? He (Mr Shah) said what he felt like; it doesn’t mean it’s the truth.”

Mr Shah (68), while criticising mob violence in the country, had said that he chose not to give religious education to his children.

“In many, areas we are witnessing that the death of a cow has more significance than that of a police officer. I feel anxious thinking about my children. Because they don’t have a religion... tomorrow if a mob surrounds them and asks ‘are you a Hindu or a Muslim?’ they will have no answer. It worries me because I don’t see the situation improving anytime soon. These matters don’t scare me, they make me angry,” Mr Shah had said.