The year of memorable debuts

Ten newcomers made a grand impact in 2018 with their fresh style and seasoned skills! 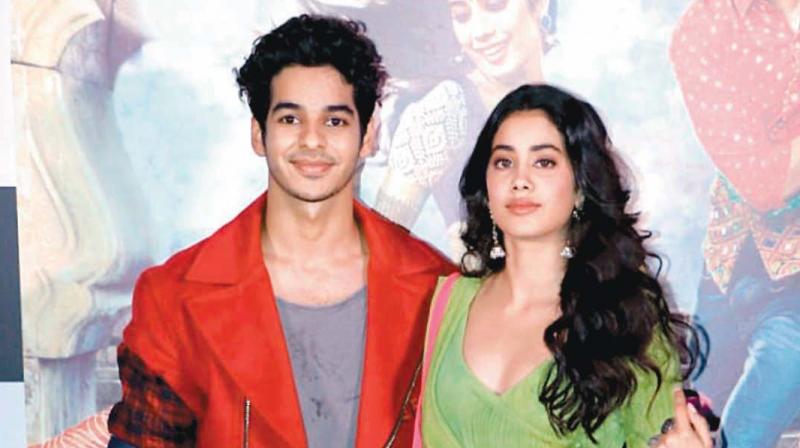 Ishaan Khattar
He was seen in Majid Majidi’s Beyond The Clouds and then in Shashank Khaitan’s Dhadak, a rather lame remake of the Marathi masterpiece Sairat.
In both his movies, Ishaan was completely natural. I found him a far more accomplished actor in his first two films than his star-brother Shahid Kapoor. Ishaan is definitely in the industry to stay.

Janhvi Kapoor: In Dhadak, young Janhvi reminded the audience of her mother, the immortal Sridevi. Jahnvi has the elegant old-world charm and the ability to hold the camera. Most of all, Janhvi has Karan Johar. What more can she possibly need to become a superstar?

Zain Khan Durrani: When he recited the poetry in Onir’s big-small film Kuch Bheege Alfaaz time stood still. This Kashmiri  actor has the  potential to grow into a talent of worth. He knows the language, spoken and unspoken.

Banita Sandhu: It isn’t easy to lie still and hold your breath for the entire film. NRI Banita Sandhu played comatose for most of Shoojit Sircar’s October. She brought amazing nuances to the changes in her character’s unconscious state. Little twitches in her mouth, flicker of recognition in her eye… Sadly in our cinema good acting means throwing your weight around. The debutant awards will be largely denied to this commendable debutante.

Priyanshu Painyuli: Though he was not exactly a newcomer in Vikramditya Motwane’s Bhavesh Joshi, this film was definitely the beginning of the talented actor’s career. In the title role Painyuli displayed incredible skills and left a lasting impact as the voice of the conscience.

Mithila Palkar: The YouTube sensation was a  bundle of spontaneity in her big-screen debut in Akarsh Khurrana’s quirky road movie Karwaan.
A novice Mithila held her own against her two formidable co-stars Irrfan Khan and Dulquer Salman. That’s saying a lot.

Uttkarsh Sharma: Though his debut film Genius sank without a trace, Uttkarsh Sharma cannot be written off. He certainly has the acting chops and the screen presence. Yes, he will be back.

Sara Ali Khan: Sara shohrat le gayee, pun intended. The kind of rousing impact this star-kid made is exemplary. Even before Kedarnath arrived Sara Ali Khan was a star, thanks to her amiable positive personality and her quick-witted media  interactions. Kedarnath proved Sara had the spunk and spirit.

Mrunal Thakur: In an otherwise-reprehensible film young Mrunal shone like a beacon of hope in Love Sonia. She held her own in a stellar cast. Though Mrunal had a done a couple of Marathi films before this, Love Sonia gave her a worldwide platform. Luckily, she was noticed even though the film was largely ignored.