December turns out to be a special one for the whole Dabangg 3 team as the film released on the super high note. 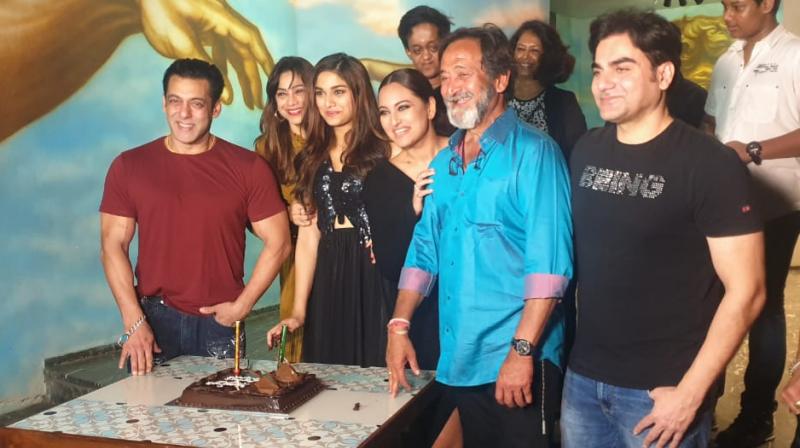 Mumbai: December turns out to be a special one for the whole Dabangg 3 team as the film released on the super high note. Moreover, it was Saiee Manjrekar's birthday where the whole team came together and celebrated.

Salman Khan starrer Dabangg 3 is witnessing an upward trend at the box office as it is garnering immense love from all across the quarters.

Dabangg 3 has been the most anticipated film of 2019 and Salman Khan has lived upto everybody’s expectations from his fandom in the right way. Dabangg 3 is the third film in the franchise and stars Salman Khan, Sonakshi Sinha, Saiee Manjrekar, Arbaaz Khan and Kiccha Sudeep in lead roles.

The film has been directed by Prabhudheva and produced by Salma Khan, Arbaaz Khan and Nikhil Dwivedi under the banner of Salman Khan Films. It has released successfully all over the nation.