I am so proud of Aamir, says Juhi Chawla

Of late though, she has become much more choosy about the projects she takes up. 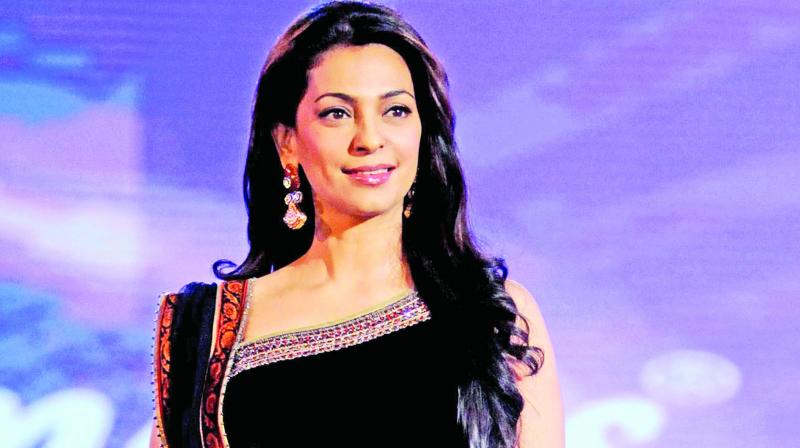 Actress Juhi Chawla, was definitely a name to reckon with in the ’90s. Of late though, she has become much more choosy about the projects she takes up. Recently seen in a scintillating song Jilka Jilka in a Kannada film Puchpaka Vimana, the actress opens up about her dislike of the term ‘item’, the evolution of films since the ’90s and more.

You dominated the industry in the ’90s. Now when you look at our cinema what do you think has changed?
I don’t think much has changed in terms of work. It’s still the same hero-centric films. There are just five to six films in a year which are worth watching; the rest of them are average or below average.

What is the one thing that you don’t like in Bollywood?
One thing, which I don’t like these days is the fact that our girls are called ‘item girls’. Why would you call your artist an item girl? It’s so cheap. People say you are doing an ‘item number’ in the film. But, you are performing. That’s what is going on. Films mirror society, society mirrors films; if you don’t respect women in their movie roles, how will you respect them in reality?

What do you think about the whole idea of plugging in a song just to grab the eyeballs?
I don’t enjoy it and hardly watch those films. I was so happy Dangal has become a blockbuster. It’s so clean, there is not a single moment that you can’t watch with your family. I hope it sends out a message to people that you need to make a good film and not just plug in item numbers.

We have not seen you working with Aamir for the longest time. Have you been offered anything opposite him?
I am so proud of Aamir; actually a lot of his films have been really nice over the years. He does one film every two to three years and they’re all gems. I don’t know when I will collaborate with him.

What prompted you to do a song in a Kannada film?
I had lost touch with the Kannada film industry way back in the early ’90s. It’s been almost 20 years. So it was great to get back in touch with it.

What’s the song all about?
I am playing myself in the film in a cameo role.