See pic: When Virat Kohli is away, Anushka Sharma chills with this 'Dude' 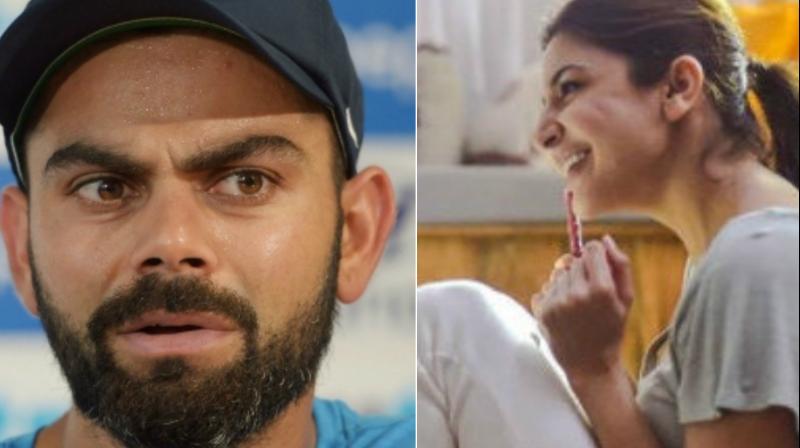 Mumbai: Newlyweds Anushka Sharma and Virat Kohli are both back to the grind. While Anushka is busy wrapping up her work schedules, Virat Kohli will be spending a month in South Africa for his upcoming series. Meanwhile, in his absence, the actress is lazing off with her pet dog ‘dude’.

The actress took to Instagram to share a cute picture with Dude, with the caption, “Guess who chilled with me on my day off 🐶”

Guess who chilled with me on my day off 🐶

Anushka Sharma has often stated how she loves going back home to her, Dude, after a hard day's work. Dude is indeed her best friend.

Anushka Sharma married cricketer Virat Kohli after dating him for a long time. The duo tied the knot in a hush-hush ceremony in Tuscany, Italy on December 11, 2017.

Anushka will be seen next in 'Pari', which is slated to release on March 2. She is currently shooting for Aanand L Rai's 'Zero' alongside Shah Rukh Khan and Katrina Kaif. 'Zero' will be releasing on December 21, 2018.