Super 30: Hrithik Roshan wants to have Sara Ali Khan on board?

Its reported that discussions with filmmaker Vikas Bahl are underway to pair Sara alongside Roshan in the film. 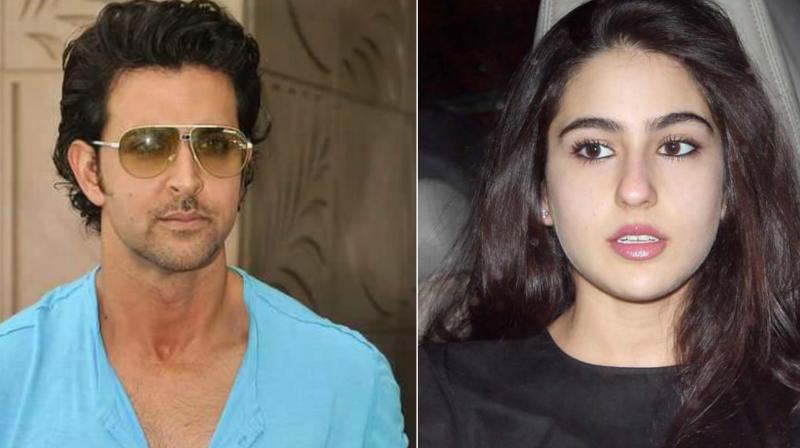 Mumbai: Sara Ali Khan is on everyone’s wishlist even before the release of her first film. Many big Bollywoood directors and actors want to cast Saif Ali Khan’s beautiful daughter in their films. After the news of Ashutosh Gowariker wanting to cast Sara in his next, now comes news that Hrithik Roshan also hoping to cast the young actress in his upcoming film.

As per a report in Midday, Hrithik Roshan, who is excited about his next ambitious film 'Super 30', is keen on getting Sara on board to play female lead in the film.

A source revealed that discussions with filmmaker Vikas Bahl are underway to pair Saif Ali Khan's daughter alongside Roshan in the film.

A source close to the developement said, "Roshan is keen that the association materialise. He has pitched her to Vikas. The talks have been initiated."

On the related note, Hrithik and Sara were set to get together for a Karan Malhotra venture, which was to mark Bollywood debut of 24-year-old actress. However, it was eventually put on the backburner.

While cinephiles had pointed out that the pairing would be uncanny, given the age difference, Roshan had said, "Age is never a prerequisite [for casting]."