Janhvi’s ode to her mum Sridevi!

The young star posted an emotional message on Insta on February 24 — the 2nd death anniversary of Sridevi. 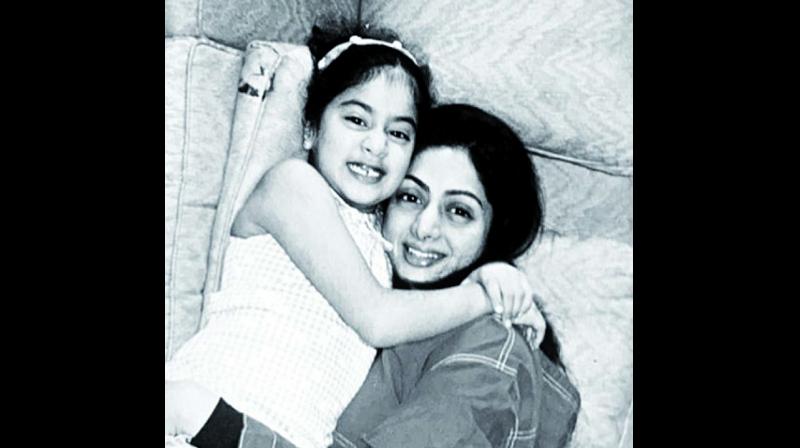 Veteran actress Sridevi left the entire nation in tears when she passed away in February 2018. Her death was considered to be a deep loss for the Bollywood film industry. Moreover, her husband Boney Kapoor and daughters Janhvi and Khushi  were completely shattered post her untimely demise. Many times, Janhvi has spoken openly about how close she was to her mother.  The Dhadak actress has once again spoken about the same.

For the unversed, Janhvi has recently shared a throwback picture from her childhood on Instagram in which she can be seen posing with Sridevi. The mother-daughter duo look content as the two of them hug each other while lying on the sofa. Janhvi seems to be quite emotional while sharing this post as she adds a rather heartfelt caption that reads, “Miss you every day.”
—Pinkvilla.com