Baaghi 2: Despite hardwork, Tiger’s girlfriend upset about him getting limelight? 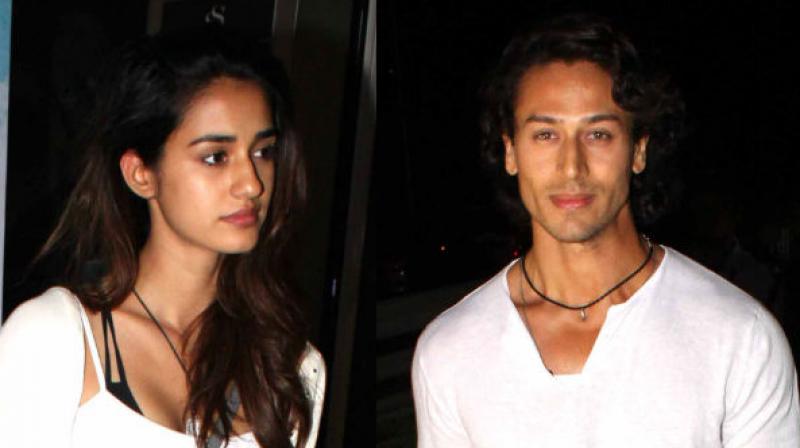 Tiger Shroff and Disha Patani have refuted rumours of their relationship.

Mumbai: Tiger Shroff put his blood and sweat, literally, for his upcoming release ‘Baaghi 2’ and while the world could see it, maybe his alleged girlfriend and co-actress Disha Patani wants to give the hard work a blind eye.

A report on Mid-Day claims that the actress is upset since she is not getting the attention even though she has the talent.

"Things are not well between them. During the promotions of the film, Disha and Tiger had a fight. She is apparently unhappy with Tiger getting all the limelight. She is also upset because despite being a trained dancer, she doesn't have a solo track in the movie," says a source.

The makers released a video of Tiger performing action, which was physically quite challenging.

Talking about his preparation for the well-choreographed action in the film, Tiger said in the video, “Physically the character wanted me to carry a lot more muscle. I had to learn a lot of different forms of martial arts and weaponry. I went to action workshops, gymnastics training, weapon training with fight masters and my team. We had a great team and Ahmed sir was such an all-rounder, from acting, directing to doing the action choreography he did it all. It was very difficult to manoeuvre into fights and jump around. I used to shoot the scenes when the sun was bright and when the clouds came, the shoot used to be halted and then again when the sun came I used to warm up our body and again give the shot. This was the most challenging schedule of my life.”

The video also mentions that the team of ‘Baaghi 2’ put in “78 days of action”, Tiger underwent “467 hours of training” which ended up being “271 cuts and wounds” during the filming of action scenes.

But guess all the action wasn’t really worth, because his supposed ladylove isn’t accepting of his hard work.