Bollywood superstar Shah Rukh Khan has always been known for greeting his fans with a lot of love. 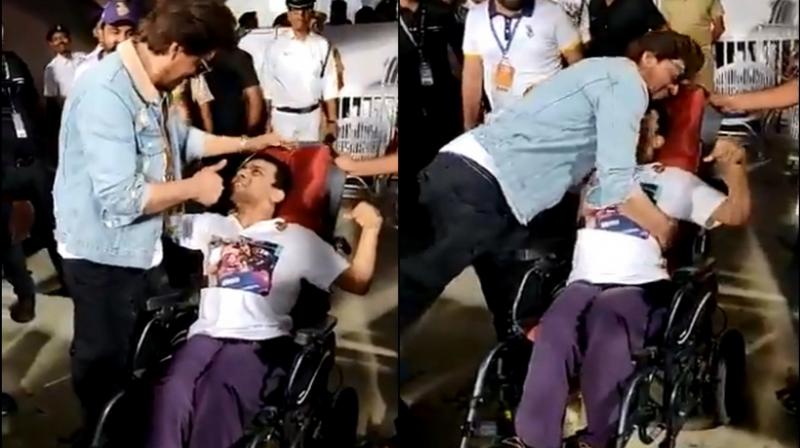 Mumbai: Bollywood superstar Shah Rukh Khan has always been known for greeting his fans with a lot of love. Recently, a video went viral on the social media in which SRK was seen hugging his differently abled fan just before the second IPL 2019 match between Kolkata Knight Riders (KKR) vs Sunrisers Hyderabad (SRH) at Eden Gardens, Kolkata.

In a video, we can see SRK entered the pavilion and met his most special fan, Harshul Goenka, who is a differently abled boy. The actor gave him a warm hug and spent some time. This moment has indeed melted many people's heart.

Interestingly, Harshul was seen at the match ground last year and Shah Rukh had met and clicked pictures with him.