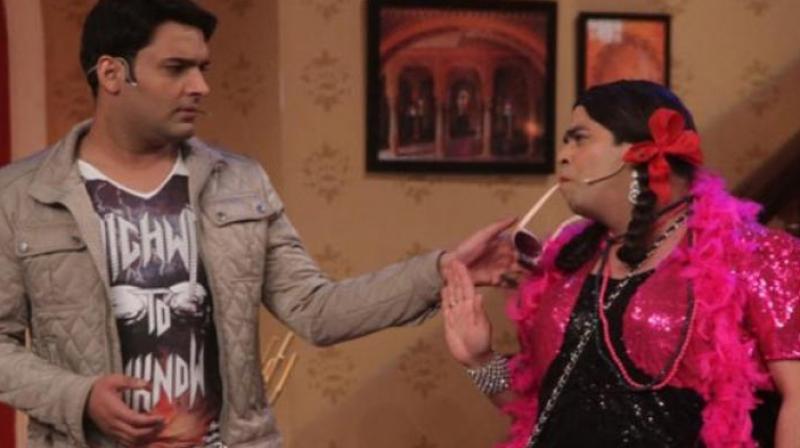 Kapil Sharma and Kiku Sharda have been together on the former's earlier show and the new one as well.

Mumbai: There was a time when the who's who of Bollywood hobnobbed with Kapil Sharma and his show was the go-to platform for film promotions.

But it seems now that troubles for Kapil are growing day by day. Amid his public fallout with Sunil Grover and various reports about the channel giving him an ultimatum to clean up his image and that his show ‘The Kapil Sharma’ was set to go off air, fresh allegations of plagiarism have hit the show.

A stand-up comic has accused the show of plagiarising a joke he has used on several occasions before.

Abijit Ganguly in a lengthy Facebook post has stated that his joke about most successful Indian cricket bowlers like Kapil Dev, Zaheer Khan, among others coincidentally being younger brothers and the fact that ‘India’s bowling strength depends on the fact that elder brothers never let younger brothers ever bat’ was used by Kiku Sharda on the show.

Ganguly said that he has been using the particular joke for more than three years now, with audiences often telling him that it was one of their favourite jokes.

He goes on to point that it is possible for two people to get the same thought, but the premise leading to the joke clearly proved it was plagiarism. He has even go on to share his video of the joke and Kiku's version of it.

He goes on say that plagiarising a joke was like stealing and tells Kapil Sharma that 'plagiarism is not OK'.

Feeling angry, helpless and deflated, he hopes that there is enough noise about it so that people don’t think he has lifted the joke from the show. 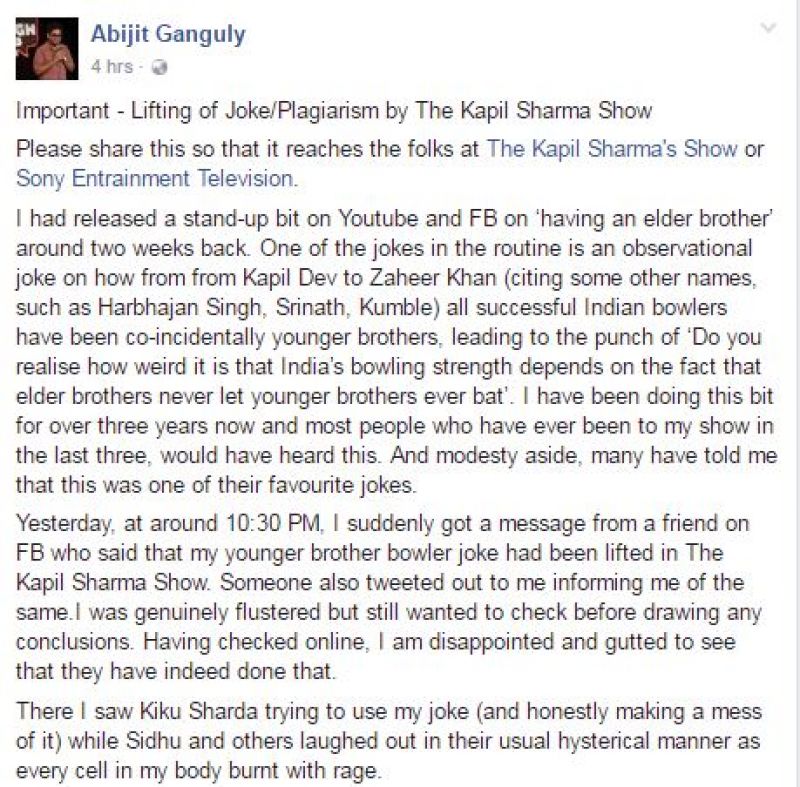 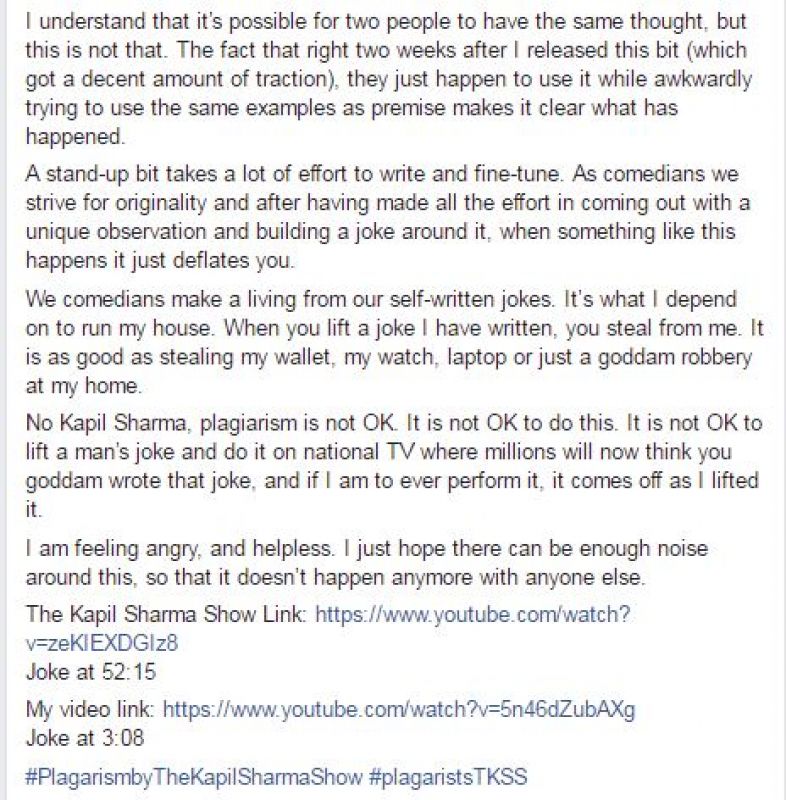 While Kapil or Kiku might not exactly be responsible for plagiarism here as a team of writers usually write their jokes, they can’t escape responsibility when something like this happens either.