The teaser of actor Ranbir Kapoor’s much-awaited biopic on Sanjay Dutt was released on Tuesday afternoon, and the actor looks stunning in every frame. 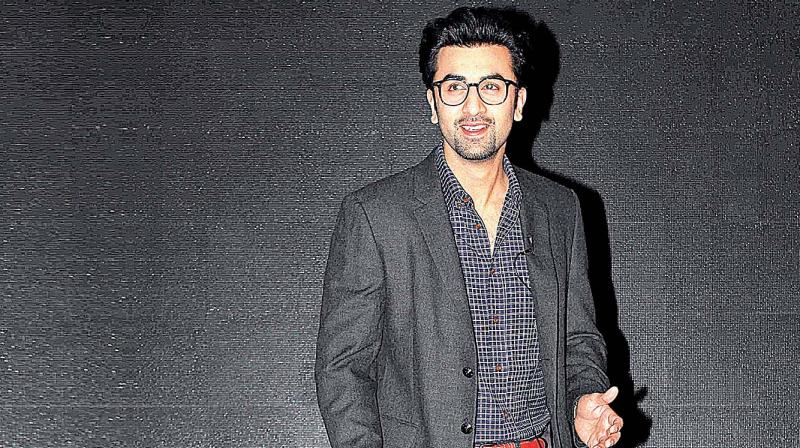 The teaser of actor Ranbir Kapoor’s much-awaited biopic on Sanjay Dutt was released on Tuesday afternoon, and the actor looks stunning in every frame. Ranbir, who seemed confident on screen, says the hardest thing for him was maintaining his self-confidence.

“I was always a Sanjay Dutt fan. For me it was like a fan trying to play his icon on screen. So, I think the hardest thing for me was to maintain the confidence that I could do this. Through this film, I could be part of the life of someone I have observed all my life.”

The biopic features Ranbir in the lead role, with Sonam Kapoor, Anushka Sharma, Paresh Rawal, Manisha Koirala, Karishma Tanna, Vicky Kaushal and Jim Sarbh as rest of the cast. The film, written and directed by Rajkumar Hirani, will be opening up facets of Sanjay’s personal as well as public life on the big screen.

Ask Ranbir if he would be okay if someone wanted to make a biopic on his life and he says, “I am okay with it, but my life isn’t that exciting. I am boring, so I don’t think it will work.”

Hirani, who has worked on fictional stories in the past, is working on a biopic for the first time and says it’s a different craft altogether. “Biopics are different monsters, because you don’t have complete hold. There’s far more control while writing a fictional script. With biopics you have to be true to what happened in a person’s life. So, it was a different kind of craft that we discovered. Sanjay gave us all the anecdotes,” Rajkumar says.

Praising Sanjay, Rajkumar says, “Sanjay is a very brave man, very courageous. We asked him if he would be okay with us showing things as they happened. His life is an open book and he said go ahead and make it. He has not even seen the film yet.”

Ranbir says playing Sanjay’s young version was the most difficult. “That’s because there are a lot of facets about his life that we have shown, his drugs, his mother’s death and all of that. The most fun was the Munnabhai part,” he says.