The actors, also including Arjun Kapoor and Kartik Aaryan, had gone to Singapore for a charity football match. 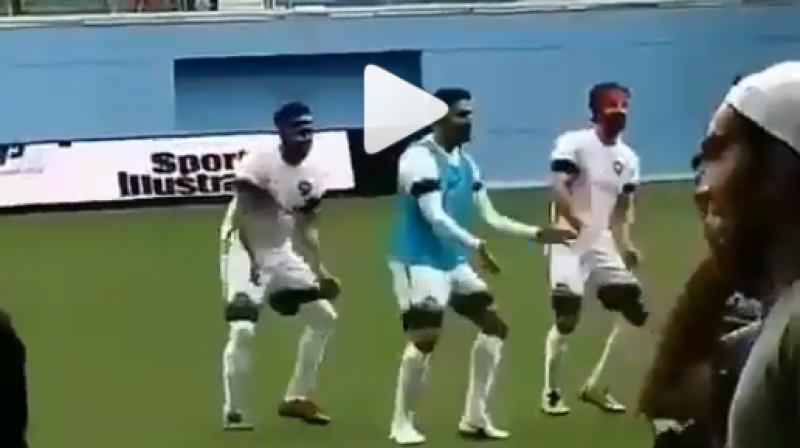 Ranbir Kapoor and Abhishek Bachchan in the video.

Ranbir Kapoor and Abhishek Bachchan have been one of the best buddies, since football connects them on a different level.

The boys being boys, got down to have some fun on the football grounds, the result of which is epic.

Being a normal day, Katrina Kaif’s song ‘Kaala Chashma’ was playing in the background.

In an impromptu act, probably Abhishek suggested that he and Ranbir do the ‘Kajra Re’ step, on ‘Kaala Chashma’.

Like you’d be expecting, the result is hilarious and super awesome at the same time. Watch the video here:

I know it's only Tuesday 🙄 So here is a video that will make you smile. Breaking into a impromptu dance always helps! #abhishekbachchan #ranbirkapoor #tuesday #allstarsfootballclub #kalachashma #kajrare

Also, in case you missed it, Kartik Aaryan makes an appearance at the start of the video.

The actors had gone to Singapore for a charity football match. Joining them was also Arjun Kapoor, who probably took the video in the first place.