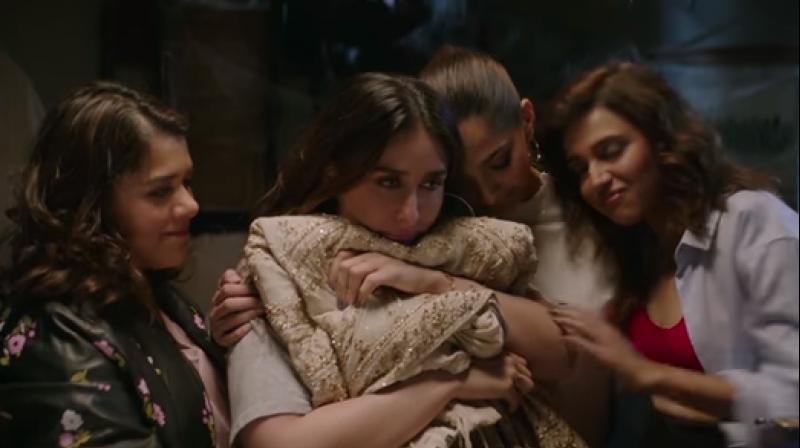 Sonam Kapoor is all over the news for her alleged wedding, more so because the actress will next be seen in a movie ‘Veere Di Wedding’ also starring Kareena Kapoor Khan.

The film has created a lot of buzz because of its funky posters and later because of the curiosity over #imnotaCHICKflick.

While Kareena is in the news for breaking all norms, Swara Bhasker has been trending because of her controversies - beginning from her open letter for 'Padmaavat' to the recent Kathua case.

The much-awaited trailer of the movie is finally here and it’s wicked and edgy, and it sees girls in a different light - with smoking, foul language and sisterhood involved.

It also features Shikha Talsania, whose claim to fame was playing Ranbir Kapoor's friend in 'Wake Up! Sid'.

To be honest, Kareena is ruling over this one with her confused state of mind over marriage. Watch it here: