An ode to celluloid

Film preservationist Shivendra Singh, who was in Chennai, talks about the importance of archiving movies in their original format. 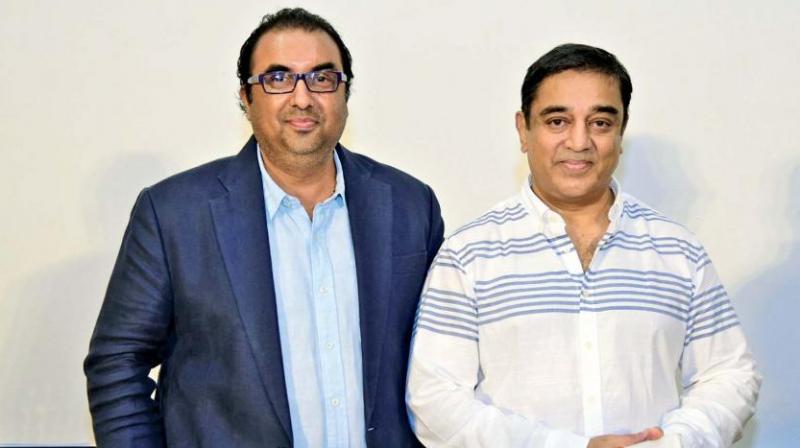 Filmmaker, producer and archivist Shivendra Singh Dungarpur is a man of multiple talents, who’s also known for his intriguing documentaries and workshops.

In Chennai recently to meet Kamal Haasan for a film preservation workshop to be held in October, Shivendra — who’s been identified as a crusader for saving India’s cinematic heritage — talks to DC. The film archivist started his career as a feature-film director initially.

“After finishing my schooling, I went to Mumbai to assist Gulzar sahab and he advised me to go to the Film Institute in Pune to do the scriptwriting and direction course. I graduated from FTII and got the opportunity to direct a feature film right away. It was a big production with A.R. Rahman (his first Hindi film) doing the music! But, the film got shelved after 30 per cent of the shoot was done. Since then, I have directed nearly 600 commercials under my banner Dungarpur Films and made three documentaries. I directed my first feature-length documentary Celluloid Man (2012) — a tribute to India’s legendary film archivist, P.K. Nair — that won two National awards,” he says.

Shivendra goes on, “My second documentary The Immortals (2015) was produced by the Busan International Film Festival — and I am just completing my third, titled CzechMate-In Search of Jiri Menzel on renowned filmmaker Jiri Menzel and the Czechoslovakian New Wave movement. The film should be wrapped up by September end.”

After an eventful journey as a filmmaker, how did he get into film preservation? 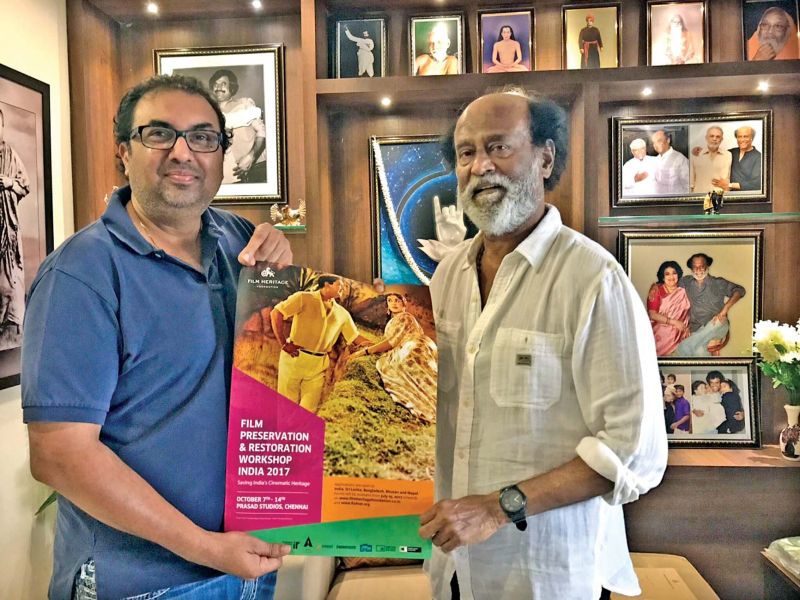 “I remember reading an interview with Martin Scorsese about restored films. I was fascinated by this and attended the festival in Bologna, where they screened such films. On my return from Italy, I went to meet P.K. Nair, a walking encyclopedia of Indian cinema. While shooting with him for Celluloid Man, I discovered how much of India’s cinematic heritage had been lost. The trip, made me realise the importance of preservation and restoration of cinema. I visited the labs and met restorers and film academicians, from all over the world  who were passionate about restoring films,” he explains.

Shivendra also met representatives of the World Cinema Foundation, founded by Martin Scorsese during the trip.

“They told me that they’d been trying to get the cans of Uday Shankar’s Kalpana (1948) out of India for restoration for almost three years — but had not succeeded. I told them that I would get the cans out for them and I sent it to Italy in three months! The restored film had a red carpet premiere at the Cannes Film Festival in 2012. I collaborated with Martin Scorsese’s foundation once again for the restoration of Sri Lankan filmmaker Dr Lester James Peries’ film Nidhanaya (1972) which  premiered at the Venice Film Festival in 2013,” he adds.

This wholesome experience inspired Shivendra Singh to set up his organisation — the Film Heritage Foundation in India that would work towards saving India’s cinematic legacy.

The preservationist has only admirable things to say about legendary director Martin Scorsese — “Through his foundation, he has done incredible work in saving not just the film legacy of Hollywood, but also of world cinema. His foundation has restored around 750 Hollywood films and 28 films from around the world! He looks at films as an art form that must be saved. He understands the importance of preserving films in their original format and the need for film archivists to work towards it. He support our idea to bring the workshop to India,” he explains.

Elaborating about his upcoming workshop in Chennai, Shivendra says, “We were fortunate that The International Federation of Film Archives (FIAF), L’Immagine Ritrovata (lab in Bologna), Martin Scorsese’s foundation and Viacom 18 have supported us from our first workshop in Mumbai in 2015 followed by the second workshop in Pune in 2016. We have seen a sea of change in the attitude of the film industry and the government towards film preservation. The Chennai workshop will be our third edition with the aim of spreading the message to the south Indian film industry that has an incredible film history — which has been sadly neglected.”

The Film Preservation and Restoration Workshop India is a seven-day event from October 7 to 14, with theory and practical classes on the topics of the preservation and restoration of both filmic and non-filmic materials. The course is certified by FIAF and will also have daily screenings of restored classics.

Also shedding light on the process of film preservation, Shivendra explains, “The common misconception is that digitisation is equivalent to preservation. If films are not stored properly, they will deteriorate with problems like vinegar syndrome and colour fading. Preservation means the acquisition, collection and documentation of film and its related material. This would include conserving and preserving all moving images in their original format using best storage practices, cataloguing and digitisation.”

He also believes that having Kamal Haasan as spokesperson will make a huge difference. Talking about his equation with Ulaganayagan, he reveals, “Kamalji was the chief guest at the closing ceremony of our workshop in Pune. We had then discussed the idea of having a workshop in Chennai. He is one of the few actors who understands the importance of  film preservation. In fact, he will be offering scholarships for the course that will enable some deserving students to take it up for free.”

He is also the second Indian after the late PK Nair to be elected to the board of the International Film Preservation Society, Brussels.

“Being a member of the executive committee will give us access to a trove of knowledge and resources through the archives from around the world. I also plan to speak for the film heritage of the entire subcontinent,” he says and signs off.