Kajol and Dhanush’s VIP 2 gets dubbed in Hindi

With a Hindi release, the makers of the Tamil movie are trying to cash in on the stars’ popularity up North. 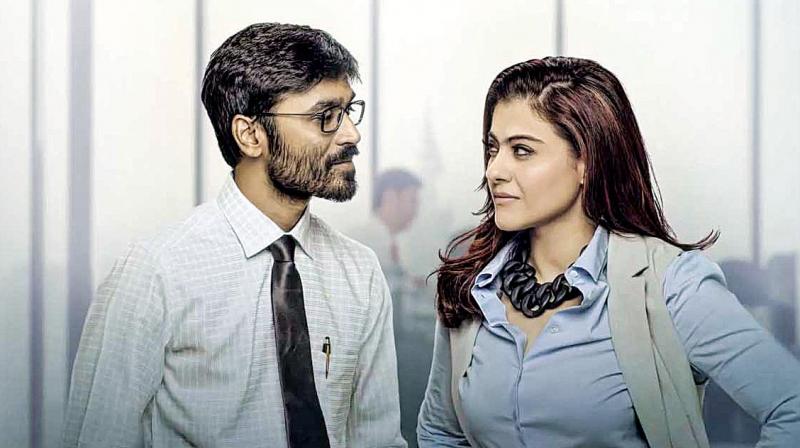 The makers of Kajol and Dhanush starrer VIP 2 have decided to dub the film in Hindi, considering the hold both the actors have over the North. The dubbed version of the movie also has a new title, VIP 2 (Lalkar).

The makers have also ensured that the title is registered pan-India, especially in the North belt, considered to be a major revenue earning territory.

Director Soundarya Rajinikanth says, “It was a strategic move to make sure the film reaches across all states. With Kajol and Dhanush coming together in a movie for the first time, the title has to connect with the masses. Both actors have a huge fan base in the North. We thought of leveraging it, thereby keeping a relatable and easy name for the audience.”

Kajol is hitting the big screen after 2015’s Dilwale, and Dhanush’s last release, Shamitabh, was also released that year, and this is the first time the two will appear onscreen for the first time.

The trailer of the film will be unveiled in Mumbai on Sunday evening, and superstar Rajinikanth may attend the event too, given he’s shooting in Mumbai for his next film. Aanand L. Rai and R. Balki too are supposed to be part of the event.