Karisma Kapoor to reprise her Judwaa act for sequel

The reclusive Karisma Kapoor, who’s been reluctant to face the camera, is ready to return to shooting once again. 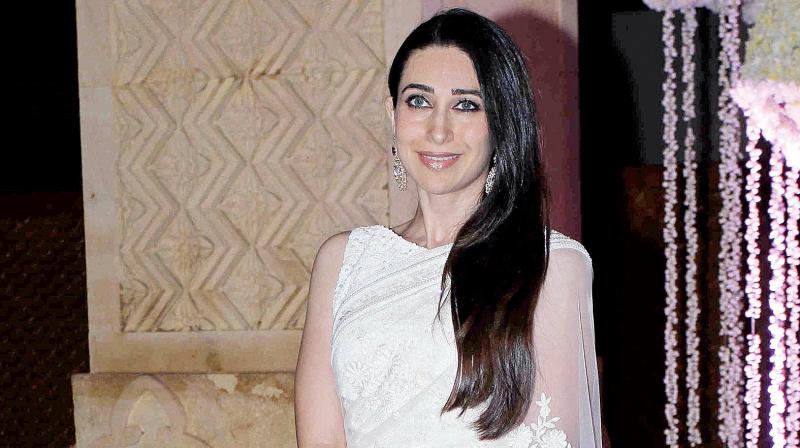 It’s final now. The reclusive Karisma Kapoor, who’s been reluctant to face the camera, is ready to return to shooting once again.

Karisma, who was last seen in Vikram Bhatt’s reincarnation film, Dangerous Ishq in 2013 — where she played four roles — had more or less written off her movie career for domesticity.

But then man (or woman) proposes, but Salman Khan disposes.

It so happened that Salman’s superhit with Karisma, Judwaa, is being remade with the director David Dhawan’s son Varum playing the double role. And as a token tribute to the original, David asked Salman to make an appearance in the film.

And Salman wondered, why not Karisma too? Would she agree, David and Varun wondered.

But does anyone say no to Salman? Apparently, Karisma has agreed to step into the Judwaa territory for old times’ sake with one of her favourite co-stars.

Says a source close to the film, “Salman will be part of the chartbuster song Tan Tana Tan Tan Tan Tara along with Varun Dhawan. It will be like the old Judwaa and new Judwaa together. And then Karisma will join them to shake a leg.”

Salman and Karisma have featured in several hits in the past, including some of David’s hits like Biwi No. 1 and Dulhan Hum Le Jayenge. Karisma and her sister Kareena Kapoor Khan have always claimed Salman is their favourite co-star. And Karisma can definitely not say no to Salman!