Salman, SRK, Iulia: Here's some of the inside news from Baba Siddique's Iftar party

All eyes were on SRK and Salman coming together at the party, but the paths of the superstar didn't cross. 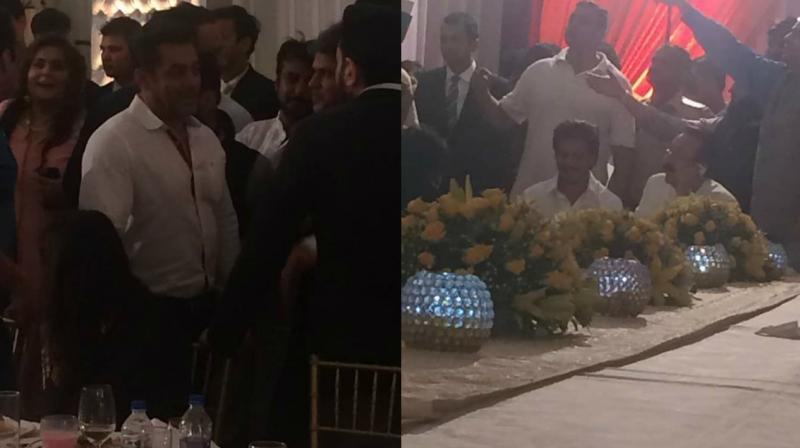 Salman Khan and Shah Rukh Khan snapped at the party.

Mumbai: Iftar parties are the norm in the month of Ramzan, with not just Muslims, but people from all faiths coming together on the occasion.

Former MLA Baba Siddique hosts an Iftar party every year and the occasion is undoubtedly a star-studded one.

The party had made headlines few years ago when superstars Salman Khan and Shah Rukh Khan, who were not on talking terms post their rift, hugged and made up.

The equation between the two superstars has changed drastically since then, with the ‘Karan Arjun’ co-stars becoming the best of friends over time. A glimpse of this was visible recently when Salman called out to Shah Rukh outside his bungalow during his bicycle ride.

Media persons and fans, who were keen to witness some of this camaraderie at Siddique’s Iftar party this year, were, however, left disappointed as Shah Rukh Khan was one of the late entrants to the party and arrived after Salman had departed.

Salman’s rumoured girlfriend Iulia Vantur was also quite the star attraction, dazzling in her traditional attire.

Salman and Iulia continue to keep distance from each other at public events as they didn’t pose for pictures together. However, there is no denying the fact that she is very much a part of the Khan family, as she was spotted eating along with Salman’s sisters Alvira and Arpita, his brother-in-law Atul Agnihotri and ‘Tubelight’ co-star Matin Rey Tangu.

We wonder when will they make it official.