Watch: Kooke Kawn gives another hint about the mysterious plot of Sridevi's Mom

Sridevi seems all concerned about her daughter and turns up at the venue to meet her in the catchy track. 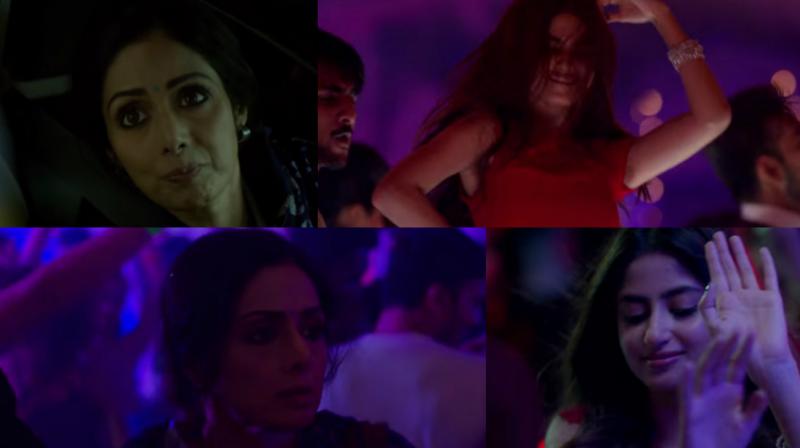 Mumbai: The suspense thriller genre is something that has become extremely rare of late, but Sridevi's upcoming film 'Mom' has displayed perfectly why it could inspire more filmmakers to give it a shot.

Despite just giving few hints about what the story is all about, the two trailers of Sridevi’s ‘Mom’ has brilliantly raised the anticipation for the thriller.

It seems that Sridevi’s daughter gets involved in some untoward incident, post which the characters of the police officer Akshaye Khanna and Nawazuddin Siddiqui come into the picture.

The new track ‘Kooke Kawn’, the visuals of which were visible in the trailers, perhaps gives us the strongest hint about what would have perhaps transpired that night.

We see Sridevi’s daughter having an enjoyable time with her friends at the club. However, Sridevi seems all concerned about her daughter and turns up at the venue to meet her.

While the first song, ‘O Sona Tere Liye’ saw Sridevi and her family, husband and two daughters bonding at a hilly location, this song hints more at the plot-turning moment of the film.

The song is composed by A. R. Rahman, rendered by Sukhwinder Singh and penned by Irshad Kamil.

‘Mom’, directed by Ravi Udyawar and produced by Boney Kapoor among others, is gearing up for release on 7 July.