Soorma Anthem: Diljit as Sandeep Singh will inspire you to overcome life's hardships

The much-awaited title track of Diljit Dosanjh and Taapsee Pannu-starrer Soorma has been released. 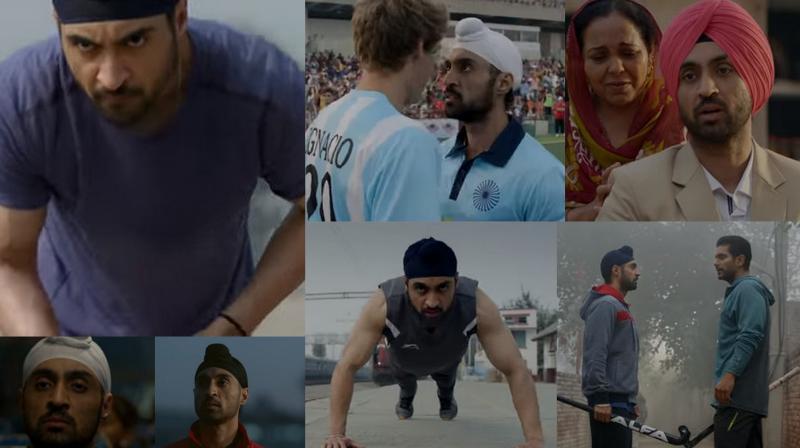 Screengrabs from the song. (Courtesy: YouTube/SonyMusicIndia)

Mumbai: Diljit Dosanjh and Taapsee Pannu starrer 'Soorma’, tells the story of the international hockey player Sandeep Singh, who was paralysed and used a wheelchair for two years after an accidental gunshot injured him in 2006. The trailer which was dropped a few weeks ago created a very good excitement among the audience who are all praise for Dosanjh’s magnetic performance as Sandeep Singh. The much-awaited title track of Diljit Dosanjh and Taapsee Pannu-starrer Soorma has been released.

Shankar Mahadevan has lent his voice to this celebratory song and the powerful lyrics are written by Gulzar.

The video features glimpses from the earlier released trailer, showing legendary hockey player Sandeep Singh's hardships and determination. How does a champion die and a legend is born - is the key highlight of this spirited track.