Janhvi looks de glam again for one of the characters in Roohi Afza. 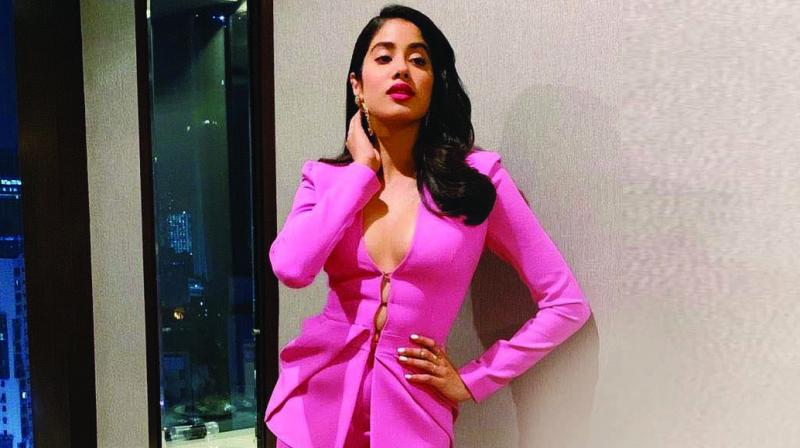 Janhvi Kapoor will be essaying a dual role of Roohi as well as Afza in the horror comedy Roohi Afza by producer Dinesh Vijan, which also stars Rajkummar Rao.

But a leaked photo from the sets of the film reveals what could very well be from her debut film Dhadak. “Janhvi looks de glam again for one of the characters in Roohi Afza.  Since the premise of the film is set in a small town, it was important for Janhvi to carry off the look, a far cry from her look when she is spotted these days for her gym and party outings. The de glam look was nexcessary for the film and that’s what she can carry off with elan,” says an industry source.

Sources also point out that this film could be the one that could leviate her histrionic calibre.