He reveals he did not watch the original film before taking on Shubh Mangal Saavdhan, much like Aamir did for Ghajini 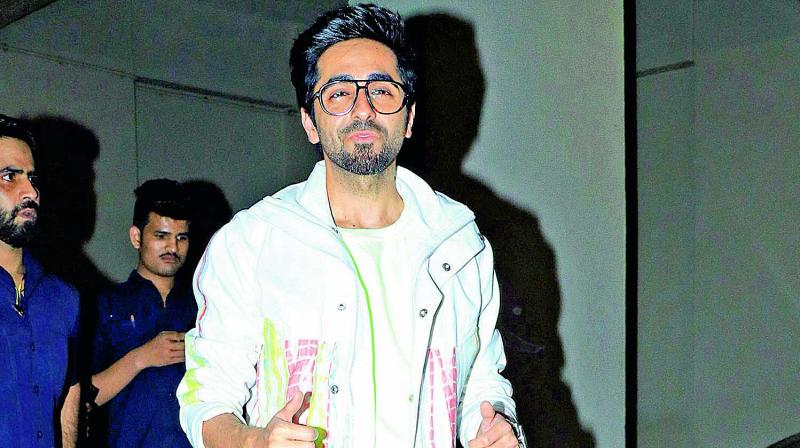 Ayushmann Khurrana is a bonafide star today who has cemented his place in the industry with his strong social message-oriented entertaining super hits.

His career graph shows that he is picking his subjects extremely judiciously, much like Aamir Khan.

With a trajectory similar to the 3 Idiots actor, delivering cinema with inspirational messages, Ayushmann revealed that he learnt something huge from the superstar even before he stepped into Bollywood and this invaluable lesson has really helped him in his journey to stardom.

The Vicky Donor actor did a phenomenal job in the runaway hit Shubh Mangal Saavdhan which was a remake of the Tamil film Kalyana Samayal Saadham. The actor revealed that he purposely didn’t see the original because of the lesson he received from Aamir.

“I did not watch the original and still haven’t seen the original! I guess that’s my method of going for a script. If someone offers me a remake, I don’t watch the original, I just read the script. Sometimes the humour, the essence, the emotions, they are lost in the translation and it happens more than often. Also, I get quite inspired by an actor when I’m watching the original film. So, it’s difficult to bring my own thing to the screen. So, I just read the script and react to that,” he explains, adding,

“I learnt this from Aamir Khan. I was an MTV presenter and I remember I was interviewing him for Ghajini. I asked him this question – ‘How is the film different from the original?’ and he said, ‘I've not seen the original one!’ I was really fascinated. He said that he had read the script and it was great! So, I took that cue from him and I found that to be a great lesson.”

The star had also previously said, “I’m a huge fan of Aamir Khan sir’s work and I’m always learning from him. He is one of the greatest icons of Indian cinema and he is a huge inspiration to me. I met him on the sets of Dangal and was in awe of his simplicity and clarity of thought.”