Bobby will be seen reciting some dialogues in pure Hindi in the film, which reminds us of his father Dharmendra’s role in Chupke Chupke. 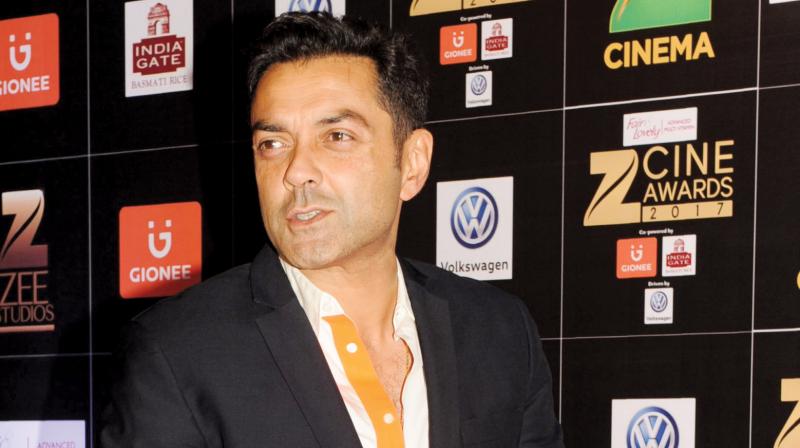 Actor Bobby Deol is still struggling to make a mark for himself in Bollywood. Being an insider, he says luck also has a part to play in it.

“That’s just the way media portrays  celebrity kids. I don’t think it’s easy for anyone, be it a star kid or someone else from a non-filmy family. Luck also plays a part in it, but you have to be positive.”

While he has had his share of struggles, there was a phase when he didn’t get any films.

The Deol brothers will next be seen in Poster Boys, directed by Shreyas Talpade.

“As an actor, you want to work every day of your life. When I did this movie, Poster Boys, I was so excited, and it was an incredible feeling. For every actor, the biggest desire is to have more work the next day.

I worked hard, remained confident, and then the work just started coming.”

Bobby will be seen reciting some dialogues in pure Hindi in the film, which reminds us of his father Dharmendra’s role in Chupke Chupke.

“Even I got scared when I was told I have to speak in shuddh Hindi. It was a challenge, and that was the interesting bit about the character. We did a lot of workshops, and I can say it was difficult, but I had fun,” says Bobby.

Interrupting Bobby, Dharmendra who had come to cheer for his sons at the trailer launch of Poster Boys said he watched Chupke Chupke to prep for his character. We like that.