Entertainment   Bollywood  25 Jul 2017  I used to look in the mirror and ask, 'Can I become Dilip Kumar?', says Dharmendra
Entertainment, Bollywood

I used to look in the mirror and ask, 'Can I become Dilip Kumar?', says Dharmendra

Dharmendra said before he made it big in the industry, he would roam the streets imagining his face in the film posters. 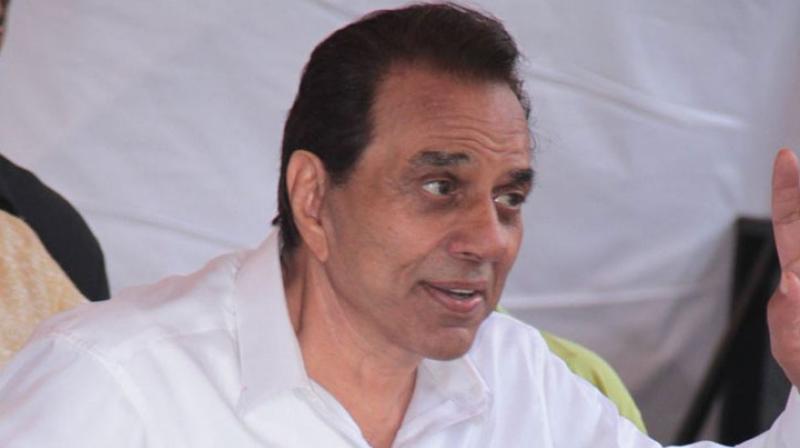 Dharmendra will next be seen in a Punjabi film.

Mumbai:  Veteran actor Dharmendra says as a family he and his sons Sunny and Bobby Deol don't believe in doing "gimmicks" to get work.

Dharmendra said rather than greed, he and his sons are driven by the love for the profession of acting.

"We don't know gimmicks, we walk straight, we don't know how to grab. If we get, we take it. We are not greedy for anything, not running after anything, we just do it for the love. We are getting work even today, so why run here and there. What's the need?" Dharmendra told reporters.

Dharmendra said before he made it big in the industry as an actor he would roam the streets imagining his face in the film posters.

"...while cycling I used to see my glimpse on the posters, see my dreams at night and look in the mirror the next morning and ask: Can I become Dilip Kumar? Acting is my 'mehbooba'. It can't leave me, neither can I."

The actor was speaking at the trailer launch of 'Poster Boys', which stars Sunny and Bobby. The film, directed by Shreyas Talpade, is being presented by Dharmendra.

The 81-year-old said he is grateful that his children are humble and grounded.

"I am happy and lucky that my kids are very nice. They will remain human and grounded even after reaching this stature."

Dharmendra said just like the third instalment of 'Yamla Pagla Deewana', which featured him along with his sons, he is hopeful about a sequel to 'Poster Boys'.

The film is scheduled to release on September 8.