But Jagannath Puri and his team seem to have taken off from that and built a whole screenplay. 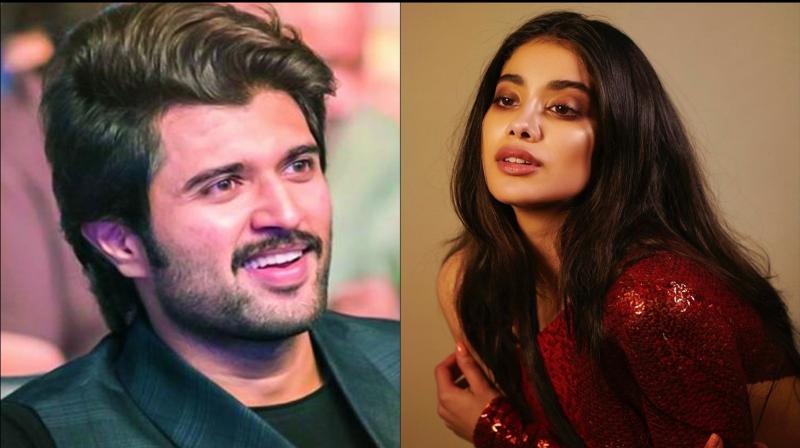 Sridevi’s daughter Janhvi Kapoor is reportedly being considered for the leading lady’s role in the forthcoming Jagannath Puri actioner Fighter. However, sources in Bollywood inform that the actress is a long way off from saying yes to this project.

“She has been approached, but there’s no indication of her being in Fighter. Janhvi has previously said no to plum assignments with Mahesh Babu and Ramcharan Teja in Telugu. She has to have something to do in the script before she agrees to make her debut in Telugu cinema, and Fighter has little for the girl to do. Also, the way the heroines are projected in Puri’s cinema makes Janhvi and her father (producer Boney Kapoor) uncomfortable. In any case, she has just started in Bollywood. Its too early for her to go South,” our source says.

The whole rigmarole about Sridevi’s daughter working with Vijay Deverakonda seems to have started on Karan Johar’s chat show, where Janhvi confessed she had a crush on him. But that random confession was more likely a passing thought. But Jagannath Puri and his team seem to have taken off from that and built a whole screenplay.