Directed by Kabir Khan, the sport-based film is expected to start rolling early next year 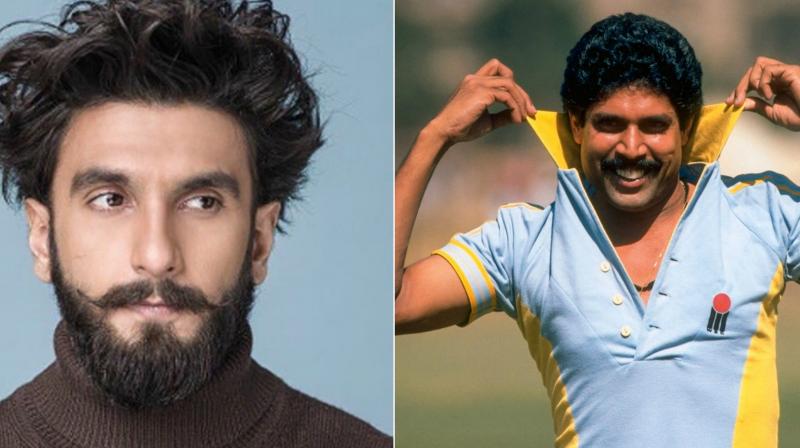 The makers are excited to be working with the talented actor who has been covertly prepping up for the film.

Mumbai: A lot has been speculated about who is going to play a role of legendary cricketer Kapil Dev in director Kabir Khan’s next film. Rumours were surfacing about Arjun Kapoor been finalised to play the lead role, but now it’s confirmed that actor Ranveer Singh is officially on-board in Kabir Khan’s sport-based film.

Since his debut in 2010 with ‘Band Baaja Baarat’, Ranveer Singh has essayed many different roles that gained him status of versatile actor. The handsome actor is also popular for his flamboyance and unending energy, which will soon be transpired in this character in Kabir Khan’s upcoming movie.

Kapil Dev is a former Indian cricketer, often considered one of the greatest cricketers of all time. He captained the Indian cricket team which won the 1983 Cricket World Cup. The movie, reportedly, will mainly focus on this chapter of cricketer’s life.

Kabir Khan, who has just completed writing the script, was talking with Mumbai Mirror, he said, “I had no idea then that from that day on cricket in India would change forever. As a filmmaker, the journey to that win, filled with the raw energy and sheer passion of a young Indian team, is probably one of the most exciting stories I have worked on. It’s great to have Ranveer come on board as Kapil Dev, as honestly I could see no one else in the role since I started working on the script.”

With an actor of a calibre like Ranveer Singh playing such an iconic personality, we surely hope the best from the film.

CCL founder Vishnu Vardhan Induri, who is jointly producing this movie with Phantom Films, is elated to have both Ranveer and Kabir on board. “With his energy and passion, we feel that Ranveer is a perfect fit to play Kapil Dev, one of the greatest sporting legends India has ever produced,” he exults. Vikramaditya Motwane of Phantom Films supported him saying it’s not easy taking on the mantle of Kapil Dev. “If any actor can do it, it’s Ranveer,” he mentioned.

Ranveer Singh is currently gearing up for the release of  ‘Padmavati’ with Deepika Padukone and Shahid Kapoor. He is busy shooting Zoya Akhtar’s ‘Gully Boy’ in which he will be seen opposite Alia Bhatt for the first time.