The 76-year actor, who completes 50 years in cinema, took to Twitter to share his response with fans. 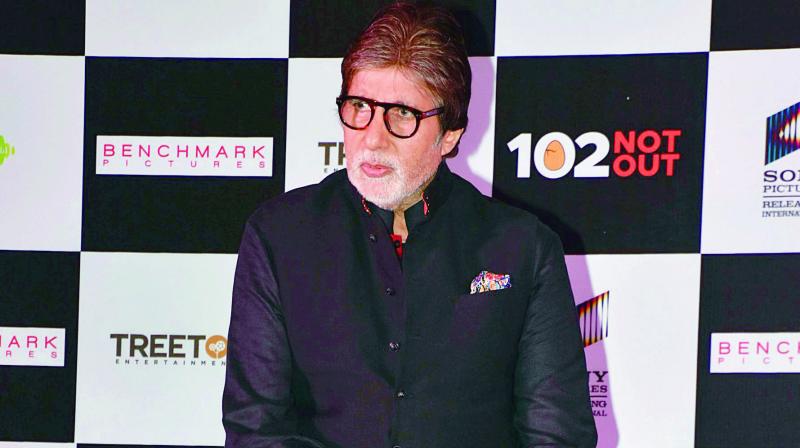 Mumbai: Megastar Amitabh Bachchan on Wednesday said he was short of words to express his gratitude after he was named Dadasaheb Phalke Award recipient for 2018.

The 76-year actor, who completes 50 years in cinema, took to Twitter to share his response with fans.

"There is a paucity of words searching a response .. for the generosity of words that pour in.. I am but deeply grateful and most humbled .. my sincerest gratitude," Bachchan wrote.

T 3298 - There is a paucity of words searching a response .. for the generosity of words that pour in ..
I am but deeply grateful and most humbled .. my sincerest gratitude ..

On Tuesday, Information and Broadcasting Minister Prakash Javadekar announced the award for the Bollywood veteran.

The award, named after the father of Indian cinema, Dhundiraj Govind Phalke, was instituted in 1969, the year Bachchan made his debut in Hindi film industry with "Saat Hindustani".

Considered the highest honour for an artiste in Indian cinema, the award comprises a Swarna Kamal (Golden Lotus) medallion, a shawl, and a cash prize of Rs 10,00,000.

It was conferred upon late actor Vinod Khanna in 2017.

Congratulations continued to pour in from the film industry after Bachchan was announced as the recipient.

Legendary singer Lata Mangeshkar said she was thrilled with the news.

"Namaskar Amit ji. I am delighted to know you have been honoured with the Dadsaheb Phalke Award. Hearty congratulations to you. An award named after the Father of Indian cinema being bestowed upon the megastar of Indian cinema is a historic feat in itself," Mangeshkar tweeted.

Director Shoojit Sircar, whose "Piku" earned the veteran his fourth National Film Award for Best Actor, said he was proud of Bachchan.

"@SrBachchan sir many many congratulations. Proud of you. See you soon," Sircar wrote on Twitter. He is reuniting with Bachchan for his next directorial "Gulabo Sitabo", which also stars Ayushmann Khurrana.

South superstar Mammootty said it was about time the actor received the honour.

"Wishing dearest Amitji my hearty congratulations! In fact in all our eyes you deserved it much earlier. But still brings me so much joy to know you're being awarded the Dadasaheb Phalke Award," Mammootty wrote.