The cast looked adorable as everyone was dressed in tracksuits chilling together at the screening. 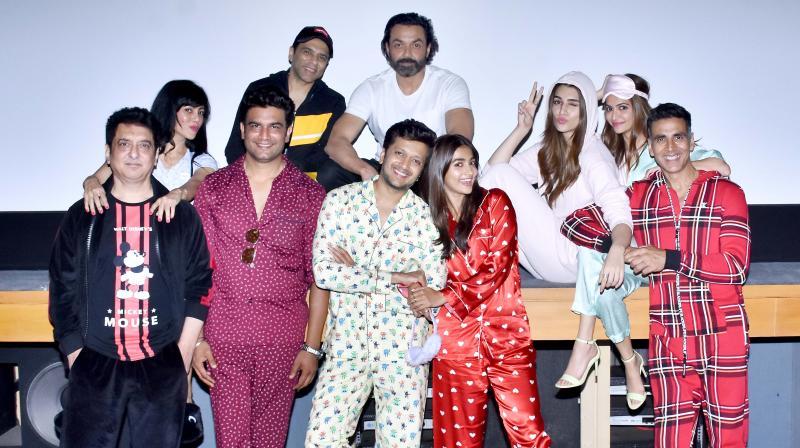 Apart from the cast, Chunky Panday and Ananya Panday also marked their presence at the special screening. What's interesting about the screening is the entire cast followed a Pyjama theme which made it look different than the regular screenings. The cast looked adorable as everyone was dressed in tracksuits chilling together at the screening.

Housefull 4 is presented and produced by Sajid Nadiadwala's Nadiadwala Grandson Entertainment and co-produced by Fox Star Studios, directed by Farhad Samji. The film is slated to release on 25th October 2019.