Priyanka will make a big splash next year and is looking to co-produce the project with a well-known name. 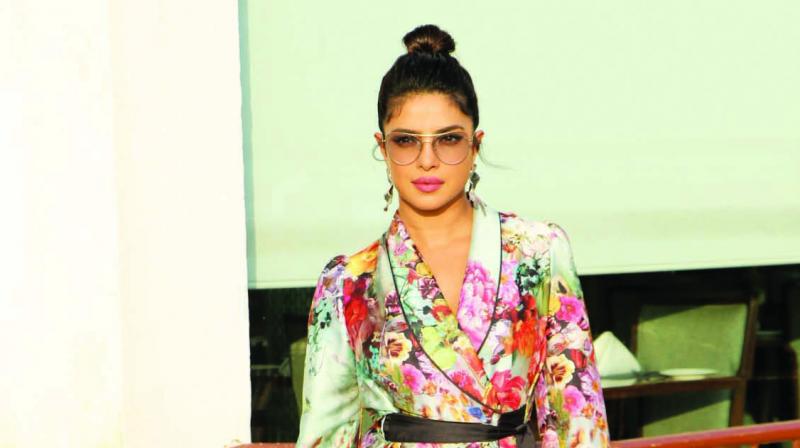 As Priyanka Chopra Jonas turns a year older, the entire Indian film industry is keen to see what she does next: Is she done with Bollywood for now? Is The Sky Is Pink her last Indian film?  Going forward, is the West the best for Priyanka? Is she taking a break to start a family? Well, she has no plans of motherhood yet, according to her close friends. But as far as her Bollywood career is concerned, we can tell you with absolute certainty that Priyanka will make a big splash in 2020. “It’s a projectthat she will co-produce along with an Indian producer. Priyanka was keen to make this film with her dear friend and favourite director Sanjay Leela Bhansali. They spoke about it, but it didn’t work out. She is now in the advanced stages of negotiation with a couple of top names for her co-production. If the partnership doesn’t work out, she will do it alone,” an informed source reveals. Sources say that the actress may team up with Karan Johar or Siddharth Roy Kapur for the project that she has been dream-shooting in her head for some years now.