Other than Hindi, Dabangg 3 will also be dubbed in three languages — Kannada, Tamil, and Telugu. 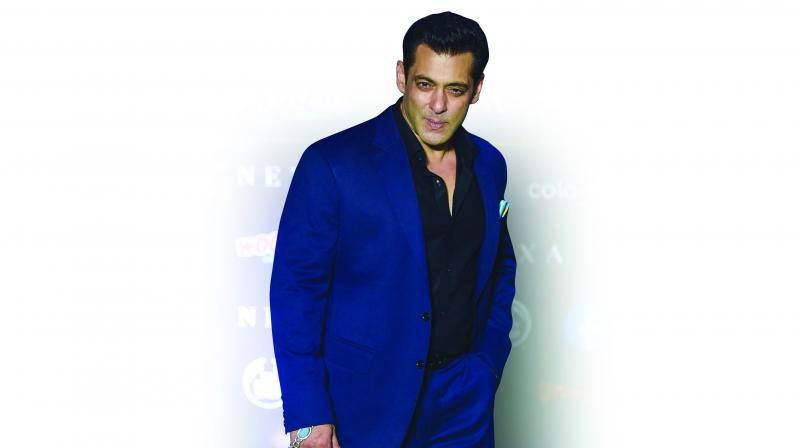 At the trailer launch of Dabangg 3, Salman Khan revealed that he had put in more hard work than all his past films.

“I am really excited for this film to release on December 20. Whatever hard work went into my other film Ek Tha Tiger and others, I must confess that the hard work we put into this film was tenfold. From action sequences to songs and production, a lot has gone into creating this film,” the actor said.

While the previous film in the Dabangg franchise had a catchy number Munni Badnam Hui, the latest film has a song called Munna Badnam Hua, which Salman feels will do well. “Actually, I called (brother and producer) Arbaaz (Khan) in the wee hours of the morning and told him about the idea of this song. He was like ‘Iske liye tumne itni raat ko bulaya mujhe? (This is why you called me this late at night?)’ But I bet this song is much more than Munni and will be liked by one and all,” he opined.

Other than Hindi, Dabangg 3 will also be dubbed in Kannada, Tamil, and Telugu. Salman originally planned to dub the film in all languages himself but changed his mind. “When I went to the dubbing studio, I just did one sentence in Tamil. The person who was watching said ‘very good, sir.’ I asked if I should do it one more time sir, and he said it was okay. I was very happy and thought to myself that this [Tamil] language is very simple. But after he heard me, he asked me, ‘Sir, what language you dubbed it in?’ I said ‘Tamil,’ to which he said, ‘No sir, it sounded like some foreign language,’ ” the actor laughed.

Meanwhile, the makers found someone who sounds a lot like Salman to dub for him in Tamil. “He did a good job,” he shared.

As for his next film Radhe, which is reportedly the sequel to Wanted, Salman says it is unlike any other. “It has nothing to do with Wanted. Dekha jaye toh yeh Wanted ka baap hai (If you see, it is one step above Wanted),” he concluded.