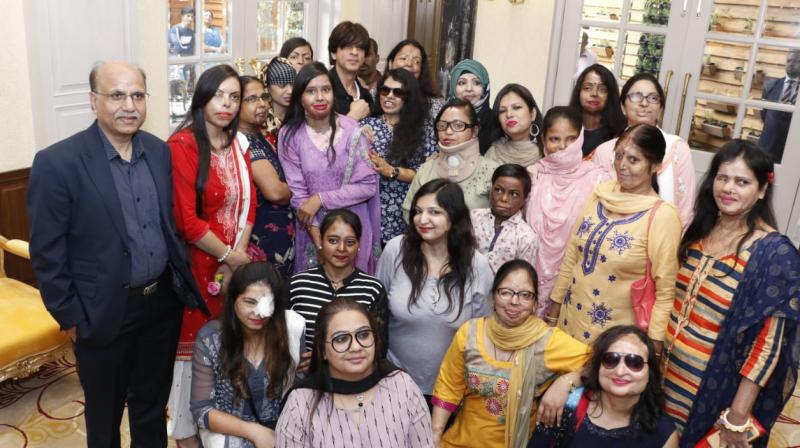 The actor known for his philanthropic efforts through Meer Foundation, met the survivors today in Delhi and spent time interacting with them at an event organized by the foundation. The ‘ToGETher Transformed’ initiative by Meer foundation was launched keeping in mind the need for a holistic healing approach that aims to rehabilitate acid attack survivors across the country.

These surgeries were performed across patients from Delhi, UP, Bihar, West Bengal, Jharkhand, and Uttarakhand, with an 85 per cent population of women and children who availed the facilities of the initiative.

Meer Foundation is a philanthropic foundation named after Shah Rukh Khan’s father Meer Taj Mohammed Khan which aims to effect change at ground level and works to build a world that empowers women. One of the key focus areas under women empowerment has been to support the cause of acid attack survivors. The Foundation provides support to women victims of acid attacks and major burn injuries through a 360-degree approach that helps them with their medical treatment, legal aid, vocational training as well as rehabilitation and livelihood support.