Not easy to swim against tide in Bollywood, says Emraan Hashmi

The actor believes more than living up to the expectations of others, it is important to be confident about the choice one makes. 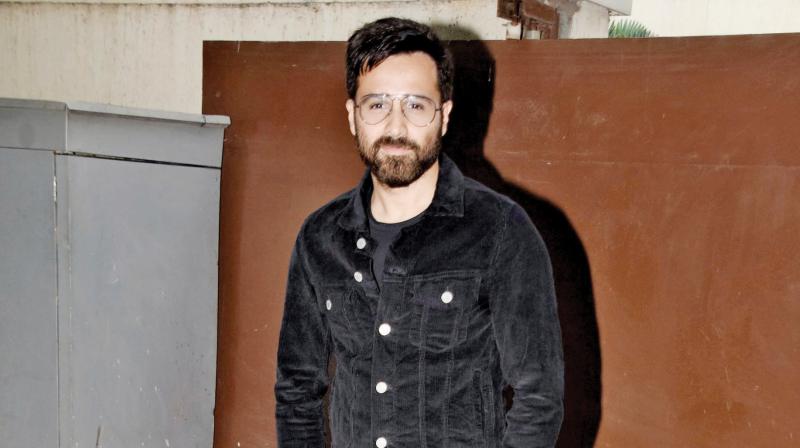 New Delhi: Bollywood star Emraan Hashmi says it is paramount for him to keep reinventing and breaking out of an established image even at the risk of failure.

The 40-year-old actor, who started with a series of commercial movies, has shown his versatility with out-of-the-box choices such as "Shanghai", "Tigers" and Netflix Original series "Bard of Blood". "It's important to be just completely dedicated and zoned in on what you're doing. I always try to have a novel experience with each film I do. But it hasn't been easy because when you are known for a particular cinema, and you want to venture out and try something new, in our industry, it is like swimming against the tide," Emraan told PTI in an interview.

"There is a risk of things not working out and I'm okay with that because I know I'm excelling at a point where I am trying different subjects and characters. I think that's what's important," he added. The actor believes more than living up to the expectations of others, it is important to be confident about the choice one makes. "If as an actor or a creative person you're convinced and you're enjoying what you're doing, it's ultimately going to pay off. There is going to be a phase where things might not work. But eventually, people acknowledge that someone is doing good stuff. And that belief keeps me going."

Emraan will be returning to the mainstream space after a gap of almost three years with Sanjay Gupta's gangster drama "Mumbai Saga". The actor said he wanted to do a commercial film and the multi-starrer seemed like the perfect choice. "I'm looking forward to doing a commercial film again. 'Mumbai Saga' is a 'massy' film and I've not done such movies for the longest time."