Kareena said she has been tracking Aamir's career, right from his 1989 film 'Raakh'. 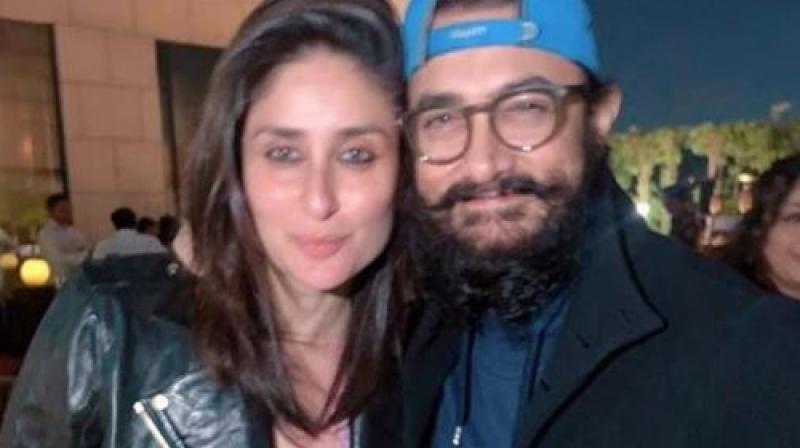 Mumbai: "Laal Singh Chaddha" happens to be the first film for which actor Kareena Kapoor Khan ever auditioned and she says she went through the screening process only for her co-star Aamir Khan.

An official remake of Tom Hanks' 1994 feature "Forrest Gump", the film is being directed by Advait Chandan and features Aamir in the title role. "'Laal Singh Chaddha' is possibly the only film in my career I've auditioned for. I would never do it for any kind of cinema or anybody in this world other than Aamir," Kareena told PTI.

The 39-year-old actor, who is currently filming the project, said reuniting with Aamir after "3 Idiots" has been "unbelievable". "It is unbelievable because of Aamir Khan. He's possibly the greatest cinematic mind India has ever seen. It's my honour to share frame with someone who is so passionate and committed, such a fierce actor from that generation," she said.

Kareena said she has been tracking Aamir's career, right from his 1989 film "Raakh". "I'm a huge fan. He's the only actor. When I'm with him... I just freeze and nobody can believe this. Because he's not Aamir, he's always morphing into somebody else. To still have that ability ever after 30-35 years is unbelievable," she added. The actor will next be seen in "Good Newwz", which releases Friday. The film also stars Akshay Kumar, Diljit Dosanjh and Kiara Advani.