The duo, who are ecstatic about the release of their controversial film 'Padmaavat', have sent out their love to the fans. 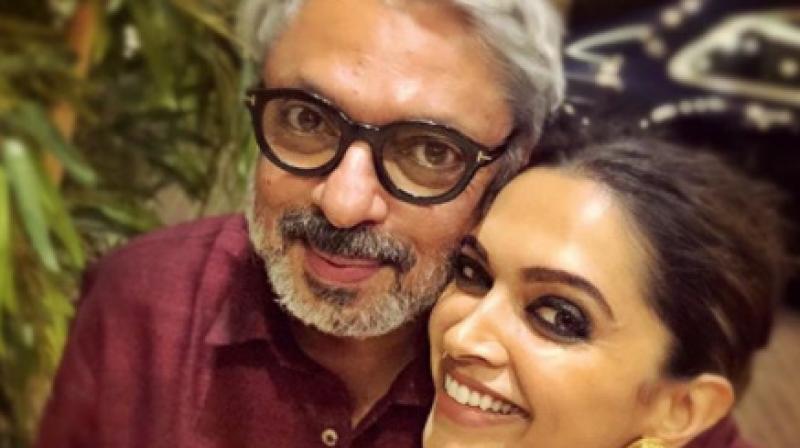 The picture with Sanjay Leela Bhansali that Deepika Padukone shared on social media.

New Delhi: Deepika Padukone and Sanjay Leela Bhansali, who are ecstatic about the release of their controversial film 'Padmaavat', have sent out their love to the fans.

Calling the ace filmmaker her 'main man', the dimpled beauty took to Instagram to share an adorable selfie with Bhansali.

She wrote alongside, "My Main Man, Now and Forever! from both of us to all of you...We LOVE you!see you at the movies!#Padmaavat."

After much uproar and controversies, Bhansali's magnum opus 'Padmaavat' hit the screens on Thursday.

Talking about the film, Deepika, on Wednesday, said it has spoken for itself, against all the odds it faced from the very inception.

"I think there is a time for everything. The film has spoken for itself, like you have seen the reactions to the film. It has been phenomenal. That is in a way the best response we can give, through the work that we do," she said.

"I am extremely overwhelmed and emotional right now. This film has been through so much and now, to see the film finally releasing and the kind of reactions that the film is getting, it is extremely over whelming. Happy to see the reactions I am getting for my performance," concluded the 'Piku' star.