With the controversial ‘Padmaavat’ hitting the theatres on Thursday, Kapoor had a ‘funny take’ on the chaos surrounding the film. 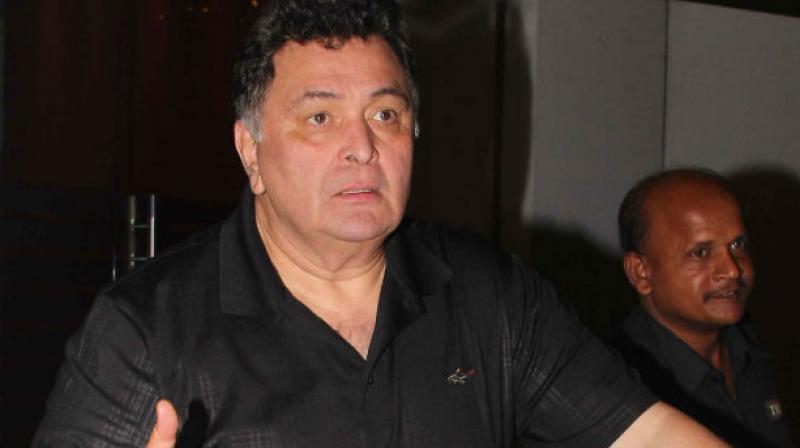 Rishi Kapoor has wrapped the shoot of 'Dhadak.'

Mumbai: Rishi Kapoor is undoubtedly one of the most controversial celebrities of the film industry and the veteran actor proves that time and again.

His tweets, comments and acts usually make more news than his films, and the veteran actor has done it again.

Be it his outbursts at media and fans or tweets on various issues ranging from politics, cricketers, films, pop stars, among others have all made headlines, most of the times for the wrong reasons.

With the controversial ‘Padmaavat’ hitting the theatres on Thursday amid Rajput Karni Sena's rampage in various parts of the country, Kapoor had a ‘funny take’ on the chaos surrounding the film.

With ‘jauhar’, the custom of mass self-immolation by women from the past, playing a crucial part in the narrative of ‘Padmaavat’, Rishi twisted the word and said that the lead actor Ranveer Singh will do ‘Johar’, if the fringe outfit poses further threat for the film’s release.

He shared a picture of Ranveer holding Karan Johar’s face close to him from the controversial All India Bakchod (AIB) event. 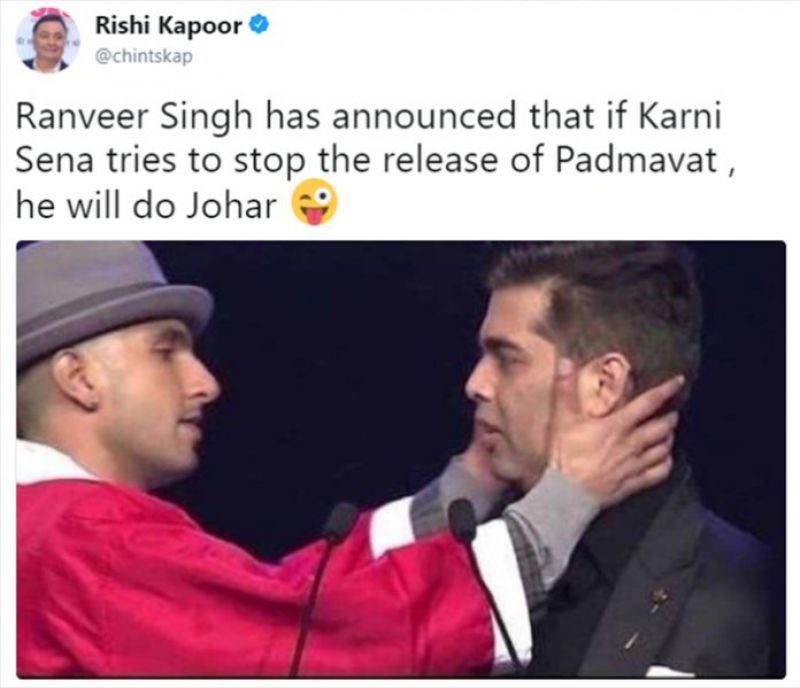 Twitteratti trolled him for the tweet, some wondering how his alcohol session started in the morning itself, and some were disappointed about him making fun of the sentiments of people.

Check out some of the comments here:

I am big fan of your films sir but i never expected that you will make fun of sentiments of people, hope you know why padmavati did Johar and glorifying khilji is like calling raavan superior over ram

Seriously... 😶 Didn't expect this from him. https://t.co/vXi5ZSjSEp

With the political dynamics associated to the film, it seems Rishi thought of playing it safe and deleted the tweet.

We wonder if the FIR filed against him for sharing the image of a nude minor on Twitter has made him a little more cautious.