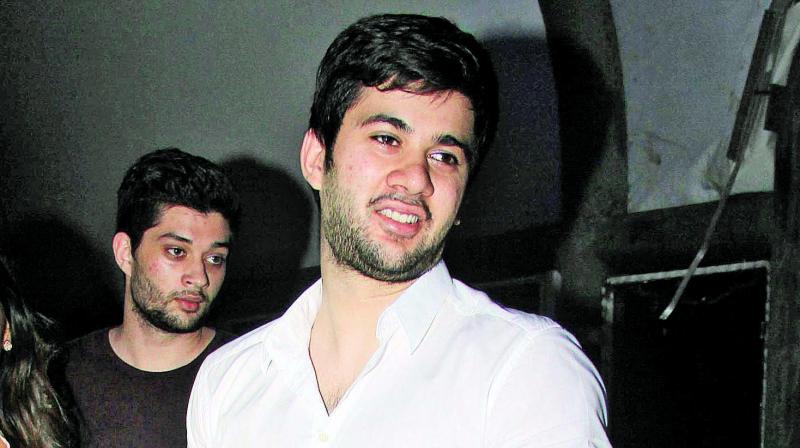 Actor-director-producer Sunny Deol is set to launch his son Karan Deol with a romantic film titled Pal Pal Dil Ke Pass and he is leaving no stone unturned to make it successful. From car chasing sequences to a love triangle, this movie seems to have all.

Produced by Sunny Sounds PVT Limited and distributed by Zee Studious, the film is being made under the banner of Dharmendra’s Vijayta Films. And, if sources are to be believed, about 90 per cent of the film has been shot already in Manali and Delhi-NCR. The last leg of the film is scheduled to be shot in Mumbai and it is a five-day shoot.

Adding more about this last schedule of the film, the source says, “The sequence of a hookah parlour has been created here (Hotel Horizon, Juhu). It will have an intense action sequence between the hero (Karan Deol) and the villain. In fact, at the crux of this story is a love triangle. The villain belongs to the same college as the heroine but his love is one-sided. When the college organises a trekking trip to Manali, the heroine meets the hero and falls in love.” And, of course, a clash is bound to happen between the two men.

Sharing more details, the source adds, “There are many car-chasing scenes in the film. Sunny Deol is not leaving any stone unturned to make this film commercial as well meaningful.”

The source further adds, “Karan has done his homework excellently and has portrayed the character very well.” So, who does Karan look like when he is on screen? “Not one but everyone from the team says that Karan Deol has the talent of both grandfather Dharmender and father Sunny Deol. In some scenes, the onlookers will see him as Dharmender paji and in some, he looks like the replica of Sunny Deol... No, he is not doing anything like ‘Dhayi Kilo Ka Hath’ or the infamous hand-pump scene, that talent remains only with Sunny,” concludes the source.

Well, only time will tell how impactful the debut of this third-gen Deol would be at the box office. We only wish him well.