Kalank: Karan Johar recreated Old Delhi in Mumbai but it cost him a fortune

Kalank not only brings Aditya Roy Kapur back on screen, but even Sanjay and Madhuri after 25 whole years! 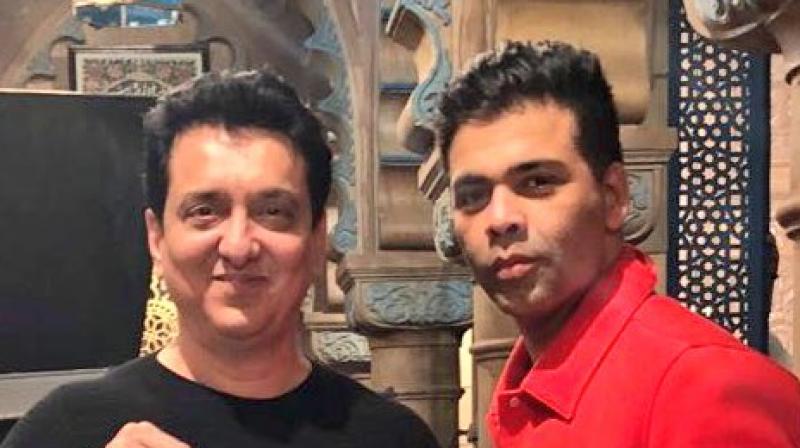 Karan Johar and Sajid Nadiadwala on the sets of 'Kalank'. (Photo: Twitter)

Karan Johar’s Kalank was in the news for its star cast. This movie not only brings Aditya Roy Kapur back on screen, but even Sanjay Dutt and Madhuri Dixit together after 25 whole years!

The whole cast was in awe of the sets and the sets have once again become a talking point, this time because of its humongous cost. A report on DNA states that the sets cost a whopping 15 crore.

A source told the daily, “A huge set has been erected in Film City, which is under heavy security to ensure that pictures of the interiors are not leaked. They are also taking extra measures to keep the look of the cast under wraps.”

“Karan got Amrita Mahal Nakai to work on the set’s design and structure. They have created an old Delhi mohalla with a mahal, where filming is currently on. Kalank is set against the backdrop of the Partition. Since it’s based in the 1940s, the set has been designed keeping that particular period in mind,” adds the source.

The khabri explains, “The film is special to Karan because his dad Yash Johar was keen that this project should materialise. Karan wants to make sure it’s one of the biggest films he’s ever produced. He wanted the whole set to express the grandeur and scale of Kalank.”