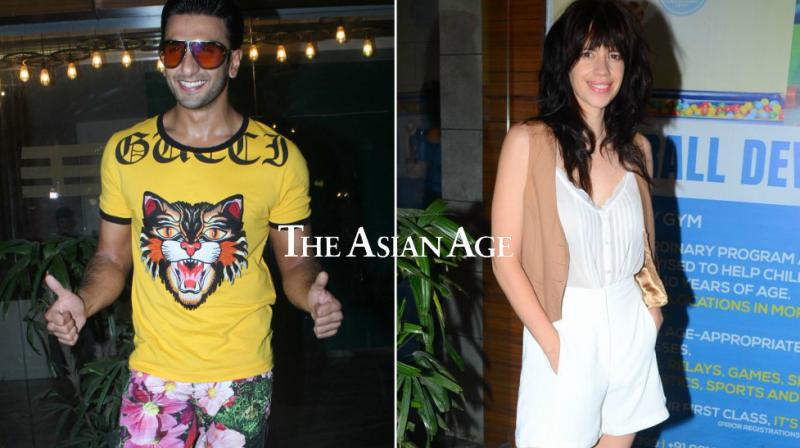 Mumbai: Kalki Koechlin is listening to a lot of 'desi' rap as she gears up to record a song with co-star Ranveer Singh for their upcoming film 'Gully Boy'.

The film, starring Ranveer and Alia Bhatt in the lead roles, is based on the lives of rappers of Dharavi Vivian Fernandes aka Divine and Naezy known for their song 'Mere Gully Mein'.

"We did not prepare much except that we listened to a lot of rap. I started listening to Divine, Naezy, and tried to understand where this voice was coming from. My character has studied music in Berkeley and she comes back and is producing a video, she also writes music as well," Kalki told PTI.

"I listened to a lot of rap, especially to get into that zone because Ranveer and I have to sing a song together. Anand Tiwari, is doing the music of the film, so he is teaching me the song," she says.

"I love Zoya, she is so much fun. She is tomboyish, playful on the sets. She has a great sense of humour and timing and that shows in her script. At the same time, she is specific with what she wants as a director," Kalki said.

The upcoming musical drama is set to release on February 14 next year.