I’m a limited performer and Tubelight was emotionally draining: Salman 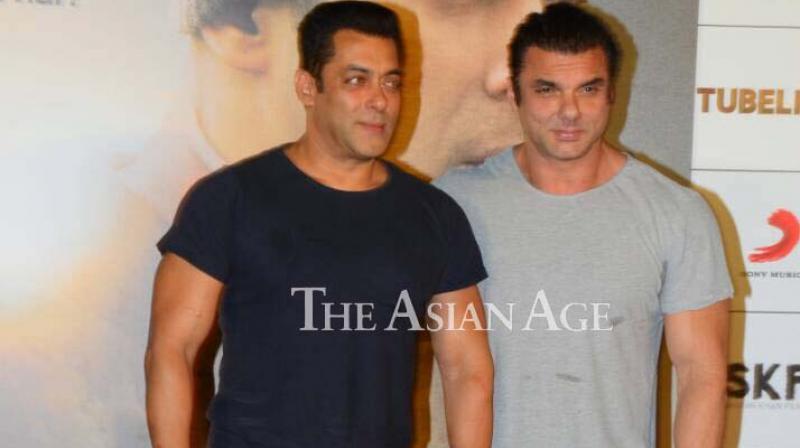 Mumbai: After teasing the fans with the titbits of the film, at last, 'Tubelight's' trailer got released amidst much fanfare on Thursday.

Wearing T-shirts with ‘Tubelight’ printed over it, Salman Khan fans waited in the scorching heat just to catch a glimpse of the superstar.

With whistles and echoes chanting 'Salman! Salman!' The crowd went bonkers over his arrival, which brought a smile on the actor’s face.

Talking about the film, as seen in the teaser and the trailer, Salman is playing a man-child.

When asked him about his character and how easy or difficult was it to portray such a character, Salman said, “This is a very emotional film, there’s not really much hard work in films like ‘Sultan’ or ‘Tiger Zinda Hai,’ like running or jumping off, but emotionally ‘Tubelight’ was really draining, because Sohail and me are brothers, and we are playing brothers in this film. So, every time there were emotional twists and turns in the screenplay, it used to mess me up. If it were somebody else, me being a very limited performer, I would have had a huge problem and my performance would look fake. So, it became really easy for me to act, but emotionally it was really draining. Even, when I was dubbing, I had tears in my eyes.”

Prior to launching the film’s trailer, Salman Khan started the event condoling Om Puri ji's death. He said that it was strange to believe that Om Puri ji is no more, and each time he saw the teaser or the trailer, it killed him. Therefore he doesn’t enjoy watching the teaser or ‘The Radio Song.’

He also grieved the loss of veterans Vinod Khanna and Reema Lagoo.

‘Tubelight’ is an official remake of the 2015 Hollywood movie 'Little Boy' and will hit the screens on June 23.