'Dhadak will be a big hit': Arjun says sister Janhvi's film reminds him of his debut

The actor says the trailer of his half-sister and Ishaan Khatter's Bollywood debut makes him nostalgic. 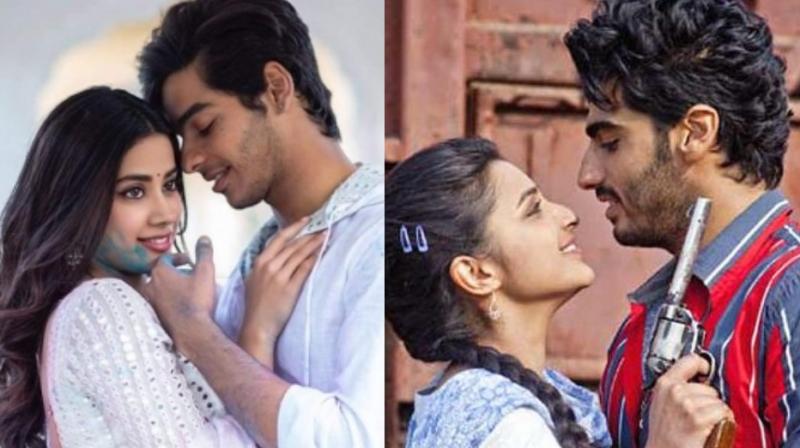 Stills from ‘Dhadak’ and ‘Ishaqzaade.’

The 32-year-old actor, who made his debut in Hindi film industry with 2012's ‘Ishaqzaade’, says looking at the response to the trailer of the Shashank Khaitan-directed film he can understand how people must have reacted to the rushes of his first movie.

"When I see rushes of 'Dhadak', I realise this is how people must have seen my debut trailer. I was in that trailer, and I didn't get any sense at that time and today six years later, may be I can be objective about how people experienced and Zoya.

"Ishaan and Janhvi look amazing together and Shashank is a very dear friend. We worked on 'Ishaqzaade'. He has turned out to be a perfect choice to bring out energy from these two young actors. I am happy people are liking the trailer and the songs. I have a feeling that 'Dhadak' is going to be a big hit," Arjun told PTI on the sidelines of IIFA.

The film is set to be released on July 20.