The comic take on harsh reality will be an entertainer of the year. 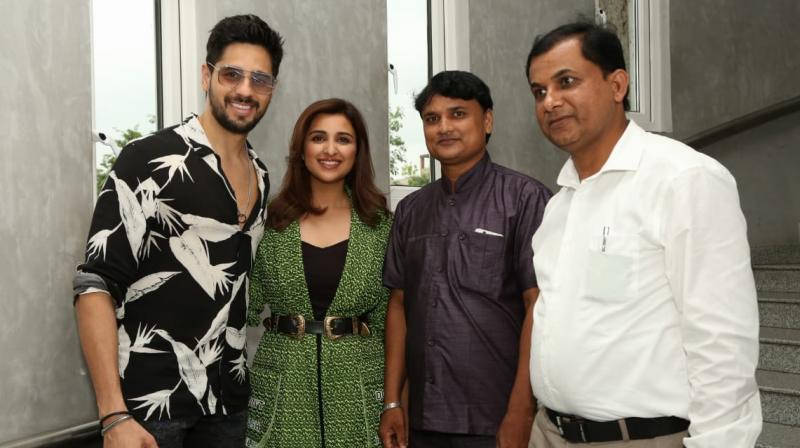 Mumbai: Jabariya Jodi, Sidharth Malhotra and Parineeti Chopra who are currently on a promotional spree, met the real-life kidnapped groom in Delhi recently.

The actors met Santosh Kumar, the real-life kidnapped groom from Bihar and discussed how this practice is still prevalent in the Northen parts of India.

'Santosh Kumar' who was kidnapped from Bihar and forced to marry opened up with the lead cast of Jabariya Jodi about the unpleasant reality that needs to be brought in front of the eyes of the common people.

Actors Sidharth Malhotra and Parineeti Chopra’s upcoming romantic comedy, Jabariya Jodi, is set against the backdrop of ‘Pakadwa Shaadi’, a practice that's highlighted in the movie. This practice is still seen in the states of Bihar and Uttar Pradesh. The comic take on harsh reality will be an entertainer of the year.