Kangana and her sister were asked to appear before the court to seek bail or challenge the proceedings of the defamation cases. 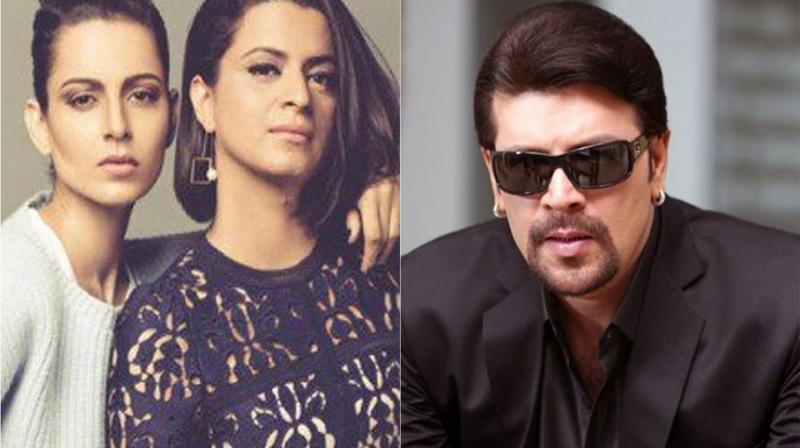 Mumbai: Actor Aditya Pancholi on Friday reached the Metropolitan Court in Andheri regarding the defamation cases filed by him against Kangana Ranaut and her sister Rangoli Chandel.

However, Kangana and Rangoli were not present in the court, which delayed the hearing. The next hearing in the matter will take place on August 22, in which both the 'Judgementall Hai Kya' actor and her sister have been asked to be physically present.

"They were not present in the court today. Next date of the hearing is on August 22. The case is of defamation. I can't discuss more about it. They said they didn't receive any summons. They have been asked to be physically present in the next hearing," Aditya told the reporters.

However, Kangana's lawyer Rizwan Siddiqui said that neither his client nor he has received any summons yet. They were not informed about it either and Kangana is currently not in Mumbai.

Kangana and her sister were asked to appear before the court to seek bail or challenge the proceedings of the defamation cases.

A Mumbai court on June 25 issued summons to Kangana and Rangoli in defamation cases filed by Aditya in 2017. A summons is an official document that tells a defendant that he or she is being sued and asserts the court to hear and determine the case.

In 2017, Aditya along with his wife Zarina Wahab lodged four defamation cases against Kangana and her sister Rangoli after they went on multiple public platforms to make allegations against Aditya and his wife.

Kangana alleged that she was in an abusive relationship with Aditya when she was a newcomer and how he misused her. Rangoli had also filed an application before the Versova police station in May, claiming that her sister was exploited and abused by Aditya. However, Aditya, in turn, filed a counter application.

Aditya has also been under the spotlight for quite some time now for a rape case filed against him by a renowned Bollywood actress. He received an anticipatory bail in the rape case filed by the actress against him. The actor was granted interim relief from arrest till July 19 by the Dindoshi Sessions Court in Mumbai a few weeks back.

The Dindoshi Sessions court granted relief to the actor as the public prosecutor sought time to go through the papers of investigating agencies. In June, the Mumbai Police filed an FIR under charges of rape against Aditya on the complaint of the actress.

The actress had recorded her statement before the Versova Police in support of her previous complaint against Aditya. Soon after the FIR was filed, the actor said that he is being "falsely implicated in this case."