As the trailer doing the rounds has already garnered the buzz, Athiya reveals that she had declined the role twice before accepting it finally. 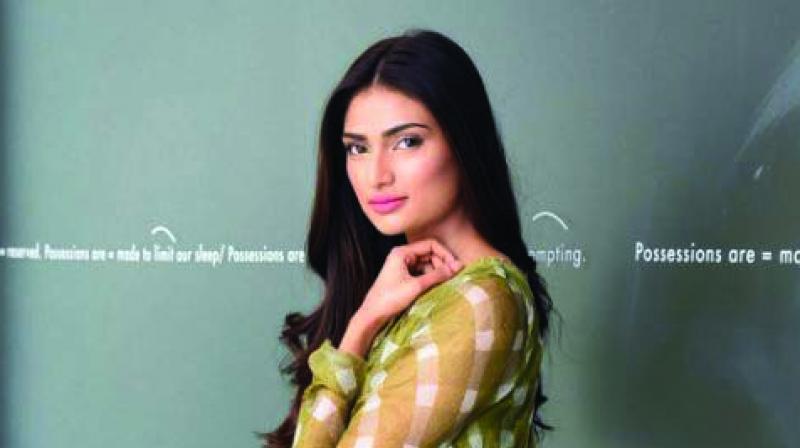 Star kid Athiya Shetty debuted with film Hero in 2015 and later starred in multi-starrer Mubarakan in 2017, but her potential as an actress finally appears to be
promising with her latest outing in Motichoor Chaknachoor.

Bouncing back with an unconventional love story, in which she stars opposite the talented actor Nawazuddin Siddiqui, the actress is in awe of the script. “Everybody has been using this term ‘unconventional’ but I believe the movie is about two individuals who have embarked on a journey together. The story is intriguing, and for me, it’s a refreshing change to be playing a small-town girl. I have never done this before, so for me, as an actor, it was a challenging part,” says Athiya

Further, talking about sharing screen space with Gangs of Wasseypur actor, she says, “Nawaz is spontaneous and your performance only gets better when you have a talented co-star. I feel an actor is as good as their co-stars because it’s all about reacting. I feel blessed that I was considered for this part.”

As the trailer doing the rounds has already garnered the buzz, Athiya reveals that she had declined the role twice before accepting it finally. “I had earlier refused because I thought I wouldn’t be able to pull this off. It was such a challenging role, but once I came on board, I felt so comfortable. I am glad I choose this film,” concludes the actress.